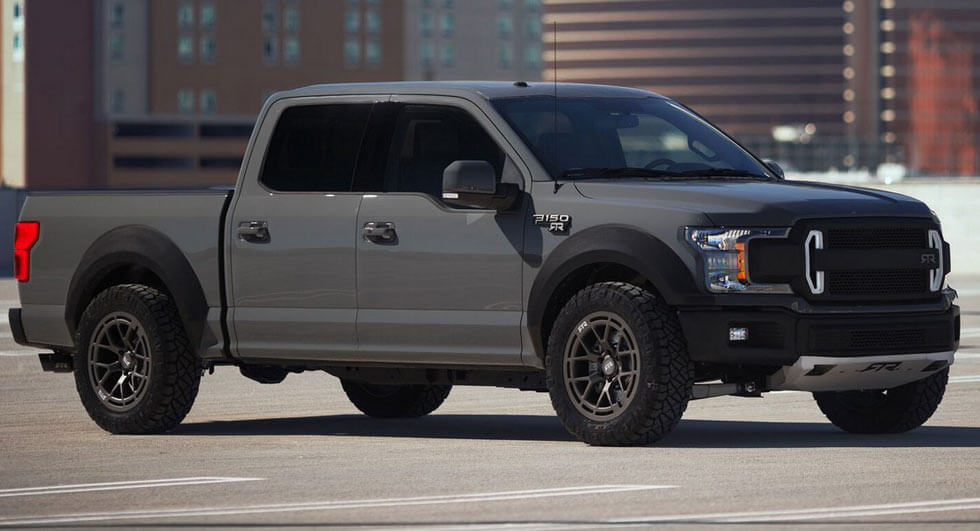 Set to debut at SEMA, the truck follows in the footsteps of the RTR Mustang and adopts a revised grille with LED signature lighting. The model has also been outfitted with an RTR-branded skid plate, extended fender flares, and a revised tailgated with RTR badging. Of course, one of the most noticeable changes is the addition of RTR Tech 6 wheels which are wrapped in 33-inch Nitto Ridge Grappler tires.

RTR hasn't released interior photos but the company has previously said the model comes with a Katzkin interior and a dash plaque signed by Vaughn Gittin Jr.

Motivation is provided by an upgraded 5.0-liter V8 engine that produces more than 600 hp (447 kW). It is connected to a 10-speed automatic transmission which sends power to a four-wheel drive system.

Speaking of performance, the truck has been equipped with a heavy-duty rear axle and "payload maximizer springs." Other changes include the installation of new coilovers, upgraded rear dampers, and an extended double wishbone suspension. Last but not least, the truck has full floating hubs from Currie Enterprises.