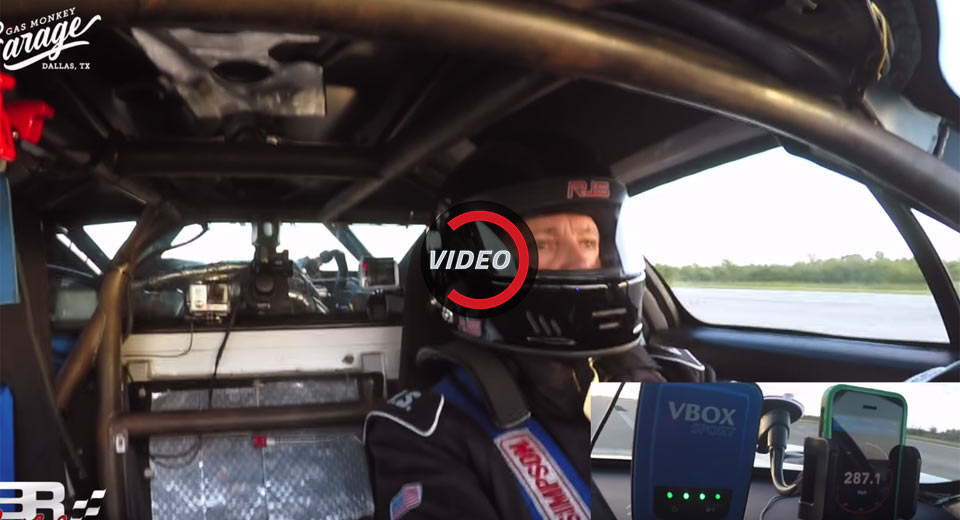 Recently, Johnny Bohmer brought his twin-turbo 2006 Ford GT to the Kennedy Space Center in Florida and achieved the incredible feat with ease. While the 292.2 mph mark reached doesn’t quite exceed the 293.6 mph (472.5 km/h) world record, it is mighty close.

Onboard video from the run also shows something rather remarkable. Despite the incredible speeds the Ford hits, it continued to accelerate rapidly even as it approached the 292.2 mph mark. In fact, it took roughly 4 seconds to go from 280 mph to 290 mph, indicating that the car could easily exceed 300 mph or 482 km/h with a long enough runway.

As a matter of fact, Bohmer believes his GT could exceed 315 mph (506 km/h) in the not too distant future.