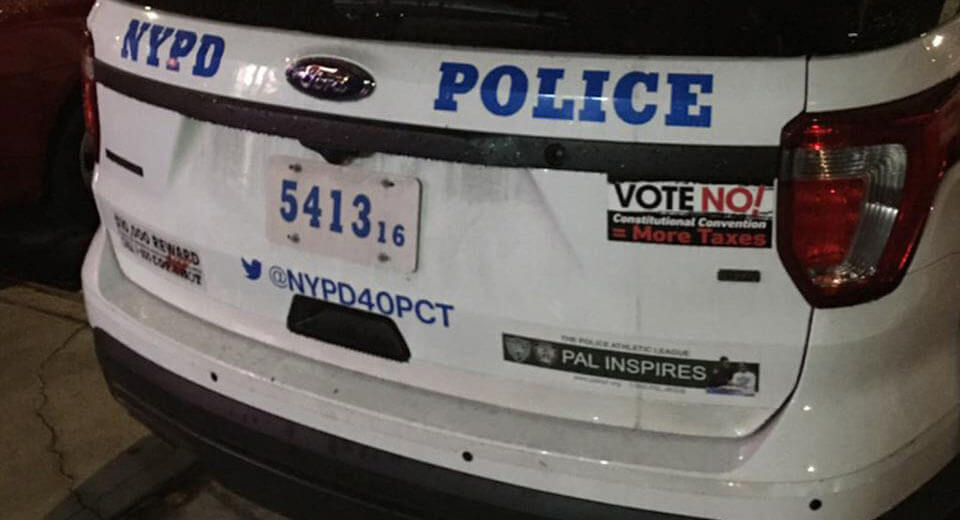 New York Police Department officers at a stationhouse in Manhattan have been ordered to remove political signs and stickers from their patrol vehicles.

A number of vehicles used by officers have stickers urging people to vote ‘no’ in a referendum to hold a constitutional convention in Albany.

The constitutional convention could result in a slew of changes to the Constitution, including to the pensions police officers receive.

The order comes just a few days after officers were asked to remove the same political stickers from patrol vehicles in The Bronx.