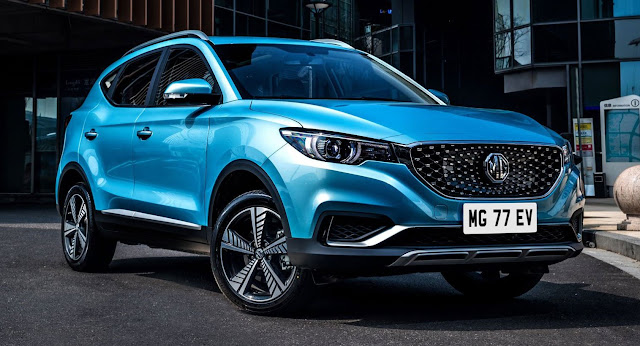 MG has hosted the UK debut of the ZS EV at the 2019 London Motor Show, which takes place from May 16 to 19 in England’s capital.


The company has also started taking deposits for their first-ever fully electric car, announcing that they have received 800 expressions of interest for it. Full pricing details will, however, be announced close to its on-sale date, set for September 1.

The electric ZS uses a 44.5 kWh water-cooled battery that can be fully charged in 6.5 hours using a home socket or up to 80 percent in 43 minutes by using the rapid-charging function. The certified range, measured in the new WLTP cycle, is expected to be confirmed in Q3. 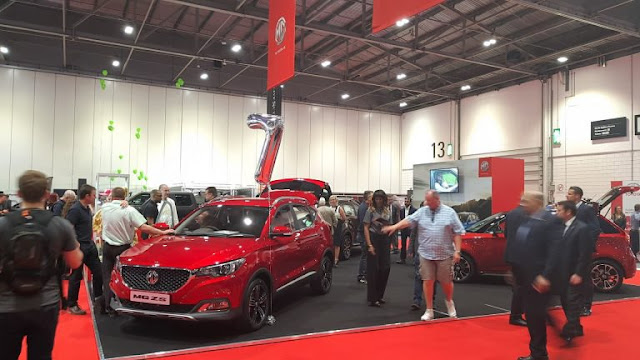 Its Chinese sibling uses a 146 horsepower electric motor. It has a NEDC-estimated range of roughly 430 km (268 miles) on a single charge, which will probably drop to around 320 km (200 miles) in the WTLP standards.

“The arrival of the ZS EV represents the start of MG’s long-term brand and product expansion plan and we are delighted to be able to share it with the British public for the first time”, said head of Sales and Marketing at MG UK, Daniel Gregorious. “The arrival of the ZS EV adds a new dimension to the car market by offering high-tech, zero-emission transport to a broader cross-section of buyers.”

Aside from the yet-to-be-detailed electric powertrain, the ZS EV will come with an assortment of standard gear. Panoramic sliding moonroof, sat-nav, DAB Radio, Apple CarPlay, Android Auto, keyless entry and others will be offered at no extra cost. The zero-emission crossover will also get Autonomous Emergency Braking, Pedestrian Alert Control System, Blind Spot Detection, Traffic Assist with low-speed steering and Adaptive Cruise Control at no additional charge.

MG is electric! MG ZS EV is the family-friendly electric car and will be available at your local MG dealer this September. Watch our exclusive launch video below #MGZSEV #ElectricVehicles #Automotive pic.twitter.com/AobjpFwERX
— MG Motor UK (@MGmotor) May 16, 2019