Scoop: Electric Hyundai Kona To Offer Up To 310 Miles Of Range* 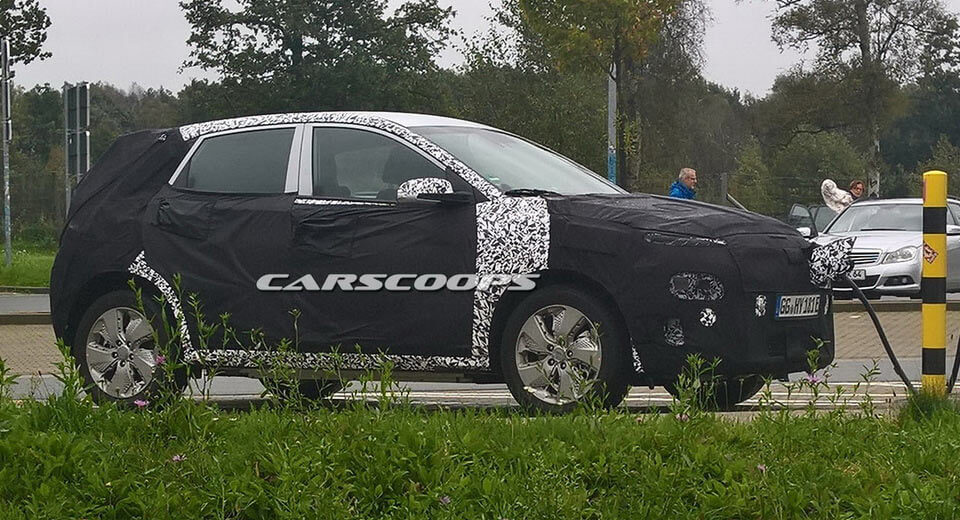 These are the first spy shots of the much awaited EV version of the Hyundai Kona, the second all-electric model of the Korean car maker after the Ioniq EV.

The Kona EV is expected to be launched in 2018 with two different-sized batteries, including an entry-level 39.2kWh and the range-topping 64.2kWh packs.

When fitted with the bigger battery, the Hyundai Kona EV is expected to offer over 500km of driving range (310 miles) on the official EU cycle, which in real life should translate into 300 to 350km (186 to 217 miles) on a single charge. This should give the Korean EV the edge over more established rivals, such as the Nissan Leaf.

The styling differences between the EV and the internal combustion versions of the Kona are expected to be minimal, with the battery-powered version to feature a different treatment where the front grille is usually found which will also host the charger port as well.

Hyundai will reportedly use a different powertrain than the one found in the Ioniq EV, as part of the company’s plan to launch 15 electrified models by 2020, including hybrid, PHEV, all-electric and fuel-cell models.

The latest reports suggest that we’ll get to see the new Hyundai Kona EV in the upcoming Geneva Motor Show in March 2018.