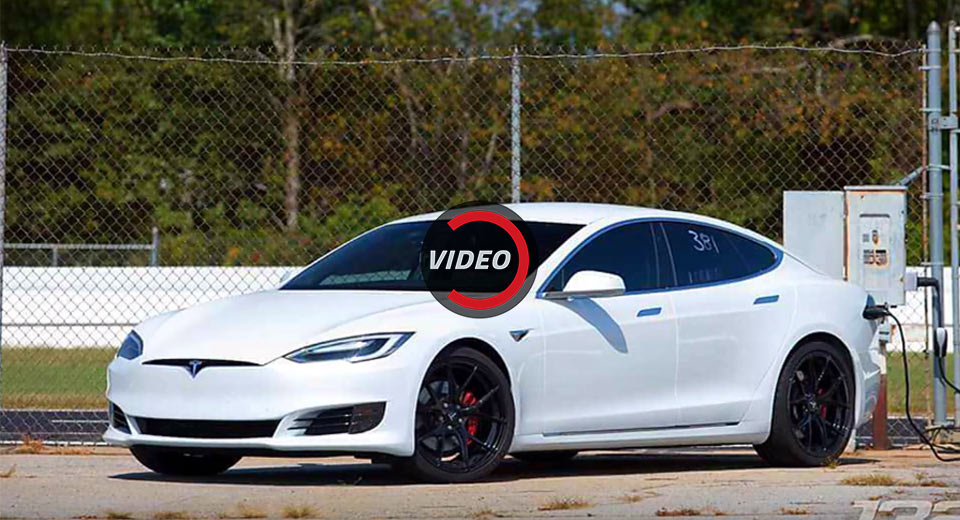 While a number of tuning companies have released interior and exterior modifications for the Tesla Model S P100D, none have been brave enough to tinker with the sedan’s electric powertrain.

Consequently, one P100D owner has completely stripped out his Tesla in an effort to turn it into the ultimate quarter-mile king.

We’ve featured this Model S a number of times before but it now weighs less than ever, tipping the scales at exactly 4,460 lbs (2,023 kg), making it some 500 lbs (226 kg) lighter than a stock P100D. The result? A near-9 second sedan that can beat pretty much any other road-legal car.