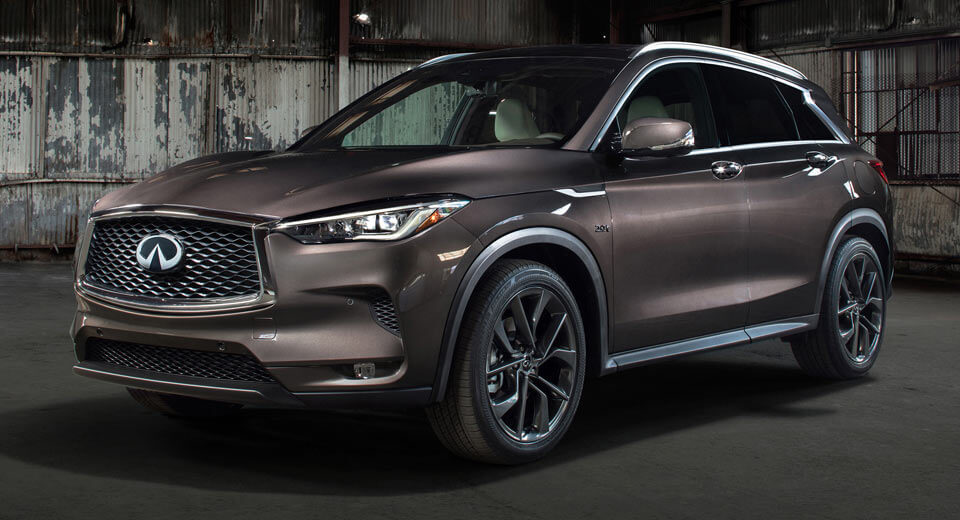 The first official image of the 2019 Infiniti QX50 mid-size SUV has been published before the vehicle�s launch at the LA Auto Show.

In designing the QX50, Infiniti has kept the styling eerily similar to the QX50 Concept from earlier this year. In fact, the only significant differences on the front fascia are unique headlights, fewer chrome accents and a set of small faux air intakes under the headlights.

Like the concept, the side of Infiniti�s new QX50 features black wheel arch trim, chrome accents around the side windows and a pair of seductive lines running horizontally along the doors.

Beneath the sleek bodywork of the QX50 sits a new front-wheel drive platform that�s 23 per cent more rigid than the old model.

The headline of the new Infiniti QX50 isn�t the platform, however. Instead, what really sets the SUV apart from any other production vehicle is the VC-Turbo four-cylinder, featuring a continuously adjusting compression ratio between 8:1 for maximum performance and 14:1 for increased efficiency. At full chat, the engine delivers 268 hp and 380 Nm of torque. When mated to a CVT transmission, front-wheel drive variants will hit 62 mph (100 km/h) in 6.7 seconds. All-wheel drive models will slash that time to 6.3 seconds.

Like many other new models from Nissan, the Infiniti QX50 includes the company�s ProPILOT semi-autonomous driving technology, capable of controlling steering, acceleration, and braking on single-lane highways.

Stay tuned to Carscoops in the coming days as more photos and details about the QX50 are released. 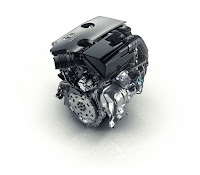