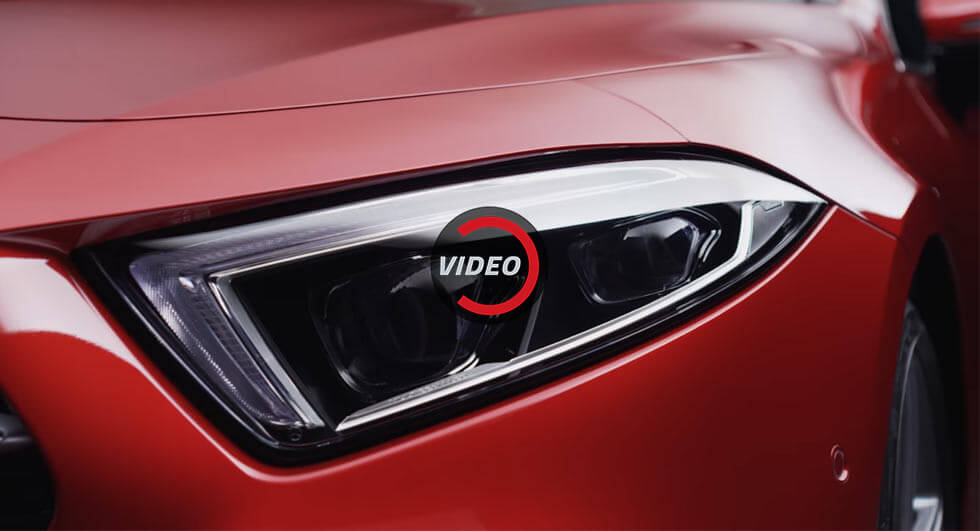 The Los Angeles Auto Show kicks off next week and Mercedes has released a new teaser video of the 2019 CLS.

Set to debut on November 29th, the redesigned model has an evolutionary appearance with a single bar grille that is flanked by angular headlights. We can also see a rakish windscreen, five-spoke alloy wheels, and slender LED taillights. The model also has a gently sloping roofline and door-mounted mirrors with integrated turn signals.

Previous spy photos have also revealed the CLS will eschew the bulky styling of its predecessor for a more streamlined appearance that echoes the original model which was launched nearly 15 years ago.

While the teaser video only gives us a glimpse of the interior, previous photos have shown the cabin will have will have a push-button ignition and circular air vents. The CLS will also be offered with a widescreen display that houses a digital instrument cluster and a COMAND infotainment system.

Engine options remain unconfirmed but choices are expected to include a turbocharged four-cylinder with around 295 hp (220 kW) and an inline six-cylinder with about 362 hp (270 kW). They will eventually be joined by an AMG variant with a hybridized engine producing approximately 429 hp (320 kW).