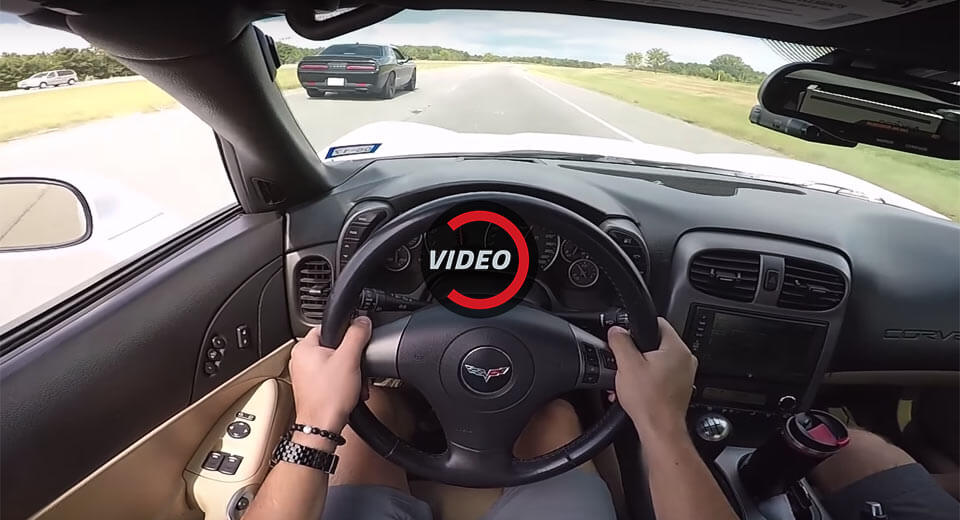 If you own a Dodge Challenger Hellcat that�s capable of out-accelerating most supercars, one couldn�t blame you for being a little arrogant while cruising the streets in the supercar-slayer.

The owner of this Hellcat couldn�t be any more different.

While cruising the streets in his C6 Corvette, YouTuber itsjusta6 came across a man who appeared to be in his 60s driving his blacked-out Hellcat and begging for a race against the Corvette.

Given the horsepower advantage of the Hellcat, it�s no surprise that it came out victorious in all of the rolling races. However, the really cool part is when the Corvette driver pulls alongside to comment on the Hellcat.

�Man, that thing is awesome,� he says, prompting a simple response from the Hellcat driver; �It runs alright.� He then proceeds to pull away, performing a picture perfect powerslide in the process, and proving that the Hellcat can really make you feel as if you run the world. Good on him.