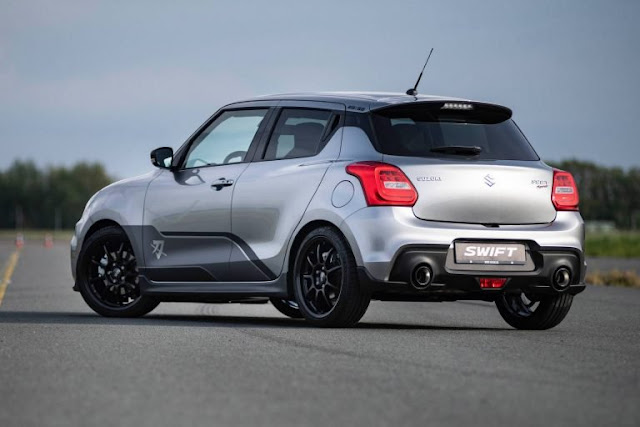 A little cross-promotion can go a long way in the auto industry and Suzuki knows that.

A maker of both motorcycles and automobiles, the Japanese company looked to combine both worlds with a new special edition version of the Suzuki Swift Sport hatch. Without further ado, say hello to the Swift Sport Katana, named after one of the company’s most iconic motorcycles launched in 1981, which also happened to make a return for 2019. 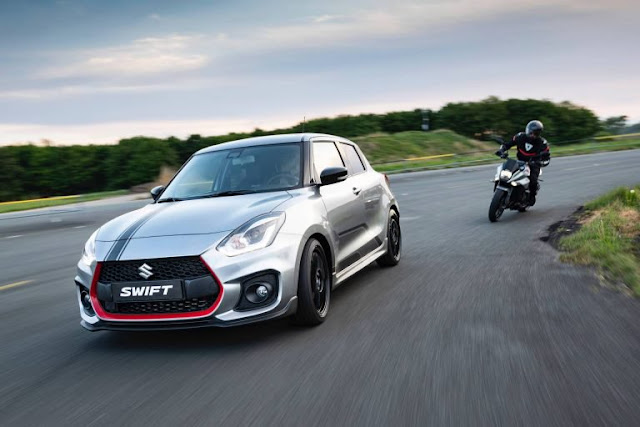 Built in a limited run of only 30 units, the Swift Sport Katana will only be available in The Netherlands, for some reason.

The limited-edition hatch pays tribute to the Suzuki Katana bike when it comes to the choice of colors, as only Premium Silver Metallic and Super Black Pearl paints are available, each in a production run of 15 units. Besides the body colors, other identification marks include a bonnet stripe, door graphics, the Katana symbol on the front doors, and the serialized number on the C-pillars. 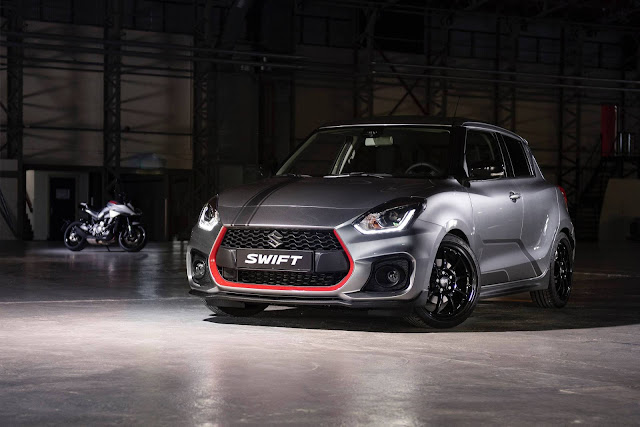 Other unique exterior details consist of the red accents surrounding the grille, black mirror caps, black OZ 18-inch alloys shod with Michelin Pilot Sport 4 tires, and grey bumper trims and side skirts with a carbon fiber look. Inside, the changes are limited to a thicker sports steering wheel with a Katana badge and partial leather seats with embroidered Katana lettering and serialized number. Those with a keen eye for details will also spot the Katana symbol on the door cards and Katana lettering on the floor mats.

Suzuki did more than just upgrade the Swift Sport’s appearance with this limited edition model, as the car also features a lowered adjustable suspension, a strut bar, and an upgraded exhaust system. Dutch buyers can have the Swift Sport Katana for a starting price of €28,999 (the equivalent of $32,500). That’s about four grand more expensive than the standard model.