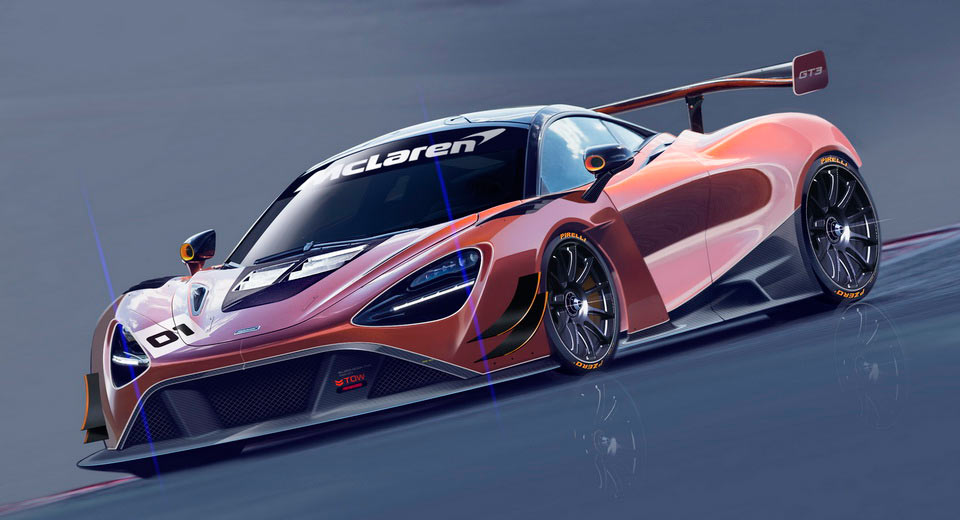 McLaren will start testing the new 720S GT3 race car in 2018, with first customer teams receiving their cars by 2019 but that�s not the only news coming from the British supercar maker.

The company has also successfully established a global network of specialist motorsport retailers, with plans to launch a one-make GT-racing series and a Driver Development Programme in 2018.

As for the new 720S GT3, McLaren released the first concept sketches and also said that they will start its development in 2018. A race-prepped version of the twin-turbo 4.0-liter M840T V8 will be paired to a six-speed sequential transmission while the bodywork will be significantly optimised with a bespoke aerodynamic package.

The new Pure McLaren GT-Race Series will take place at iconic European tracks, aimed at owners who already have extensive track driving experience and looking to take their first steps in the racing world. Customers should have at least an International D grade license in order to participate, with all cars maintained and run by McLaren engineers and technicians. More details will be announced later on.

�McLaren is built on racing and providing our growing family of customers with unique and exhilarating driving experiences. It therefore makes sense for us to unveil a dedicated, widened motorsport programme designed to support and enable more of our customers to focus on enjoying the thrill of pushing our cars on the track,� said McLaren Automotive CEO, Mike Flewitt.

�The 720S GT3 will provide a stunning race-going addition to our Super Series product family and drivers will now be able to hone their skills under expert guidance backed-up by our technicians at the circuit and our motorsport retailers away from it.�