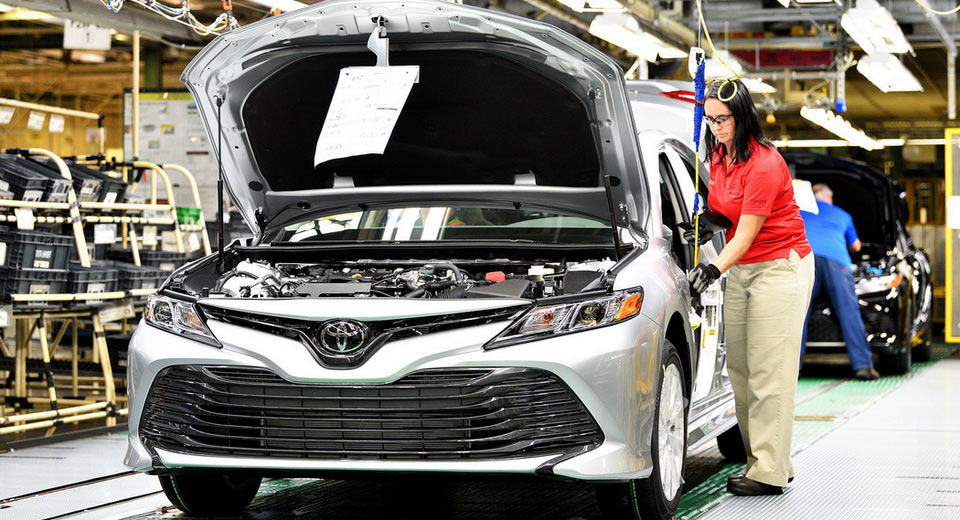 Toyota warned Kentucky workers building the Camry to cut costs or else, apparently looking for ways to increase the US plant�s efficiency which is also the company�s biggest in the world.

The Japanese car maker claims that they can build a Camry in Japan, ship it all the way to Kentucky and make more money than building one in their Kentucky facilities in a short video shown to employees, Bloomberg reports.

�I�m not sharing this to scare you, but to heighten your awareness of the current risk we now have,� said Wil James, the plant�s manager for over seven years. He also added that Toyota isn�t planning to close the factory as they will continue to invest in it for the next 30 years. �But all of this is on the assumption that we can make as much progress in cost reduction and efficiency as we�ve made in quality and safety.�

Toyota has been laying out their cost-saving plan as President Akio Toyoda is looking to free up resources for a massive increase in their R&D budget. Most of this will go towards electrification and artificial intelligence and the company is currently putting pressure on its production system for more savings.

The Japanese car maker also shows that it has no problem of including its U.S. operations in these cost-cutting efforts during the current �politically sensitive times�. It was only recently that the President of the United States Donald Trump asked Toyota and other Japanese car makers to build more of their cars in the US.