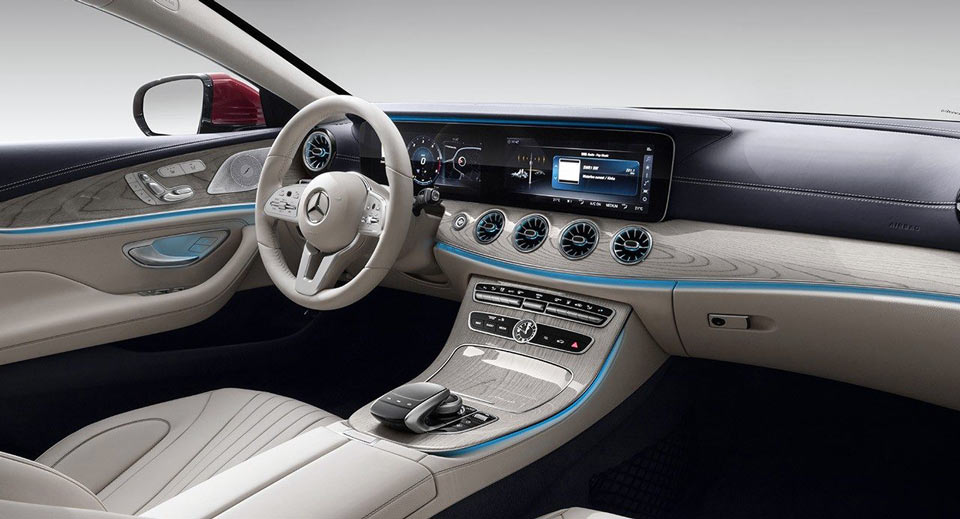 While we've already seen the new CLS through a boatload of prematurely released images, Mercedes-Benz will tell us all about their next generation model the 2017 Los Angeles Auto Show.

If you're hyped about it, then play the following video at 12:30pm EST (5:30pm GMT) to see the brand's new executive four-door coupe live straight from the City of Angels.

Teased on several occasions, the 2019 Mercedes-Benz CLS gets an evolutionary styling, with a single-bar grille taking center stage at the front, flanked by the new headlights with LED tech, and a set of redesigned taillights at the other end. The sleek design will be defined by a sloping roofline, just like the first and second generations of the car.

Inside, the all-new Mercedes CLS will have seating for up to 5, although the headroom on the rear bench won't be as generous as in the latest E-Class, due to the coupe-like profile. Users will get to enjoy plenty of equipment, from the leather and carbon trim, to the widescreen display and mood lighting.

Expect the usual six-cylinder units to be part of the engine family, in addition to new four-cylinder ones, and the ubiquitous 4.0-liter twin-turbo V8 responsible for powering the range-topping AMGs. Slotting right under them, though, will be the so-called CLS53 AMG, which could be hybridized.