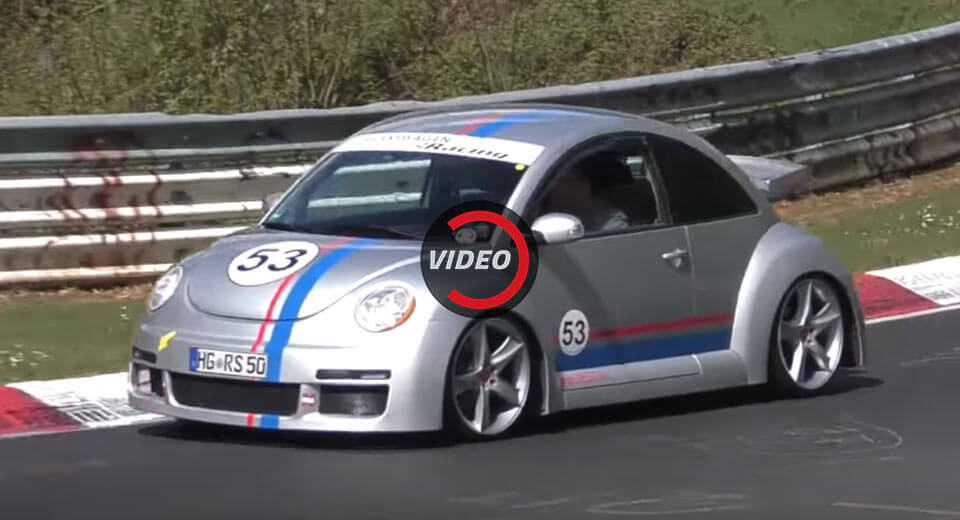 When it comes to unicorns from within the Volkswagen Group, the exceptionally rare Beetle RSi is unquestionably one of the most intriguing.

Built for just two years between 2001 and 2003 and restricted to 250 examples worldwide, the Beetle RSi has a 3.2-liter VR6 engine shoehorned under the hood. Delivering a total of 221 hp, the engine is mated to a six-speed manual transmission sending power to the ground through all four wheels.

Just in case the engine note wasn�t enough of a giveaway that the vehicle isn�t just an ordinary Beetle, VW designed a custom bodykit for the car, including revised front and rear fascias, new side skirts, wheel arches, and a large rear wing.

A few days ago, one of these rare Beetle�s was taken out of hibernation by its owner and brought to the famous Nurburgring.

The driver took the track quite gingerly but that�s no surprise because when new, the Beetle RSi sold for roughly $80,000 in Europe!