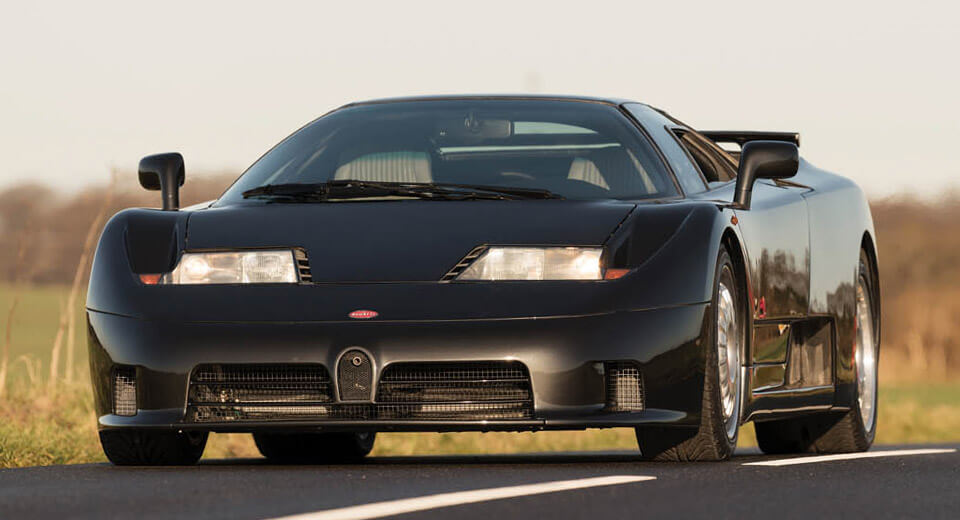 Bugattis are expensive. There's just no way around that. But among Bugattis, some are more expensive than others.

Take for example this 1993 Bugatti EB110 GT. It's heading for the auction block in Arizona next month, where RM Sotheby's anticipates it will sell in the high six-figure range: between $750k and $950k, to be specific.

Now don't get us wrong, that's a big chunk of change to spend on a single automobile. But it's a far cry from the millions you'd have to dish out for a new Chiron, or even for a second-hand Veyron. Which makes this a rather enticing opportunity to buy a (relatively) modern Bugatti supercar for under a million.

The EB110, for those unfamiliar, was the supercar that came before Volkswagen acquired the marque to produce the Veyron and Chiron. It was made in Italy, not in France, but was still very much an authentic Bugatti – right down to the quad turbochargers.

Those were bolted not to an eight-liter sixteen-cylinder engine, but to a 3.5-liter V12. The GT version (like the one pictured here by Brian Buchard for RM Sotheby's) produced 550 horsepower, which was positively gargantuan by early-90s standards, and was followed by an SS model with 604 hp.

Between 1991 and 1995, Bugatti Automobili produced just 139 examples, leaving the EB110 considerably rarer than the VW-developed hypercars that followed. It's not every day that one comes up for sale, so if you've had trouble turning one million into three to buy a new Bugatti, this could be your chance.