2018 Will Be Kimi Raikkonen's Last Chance At Ferrari 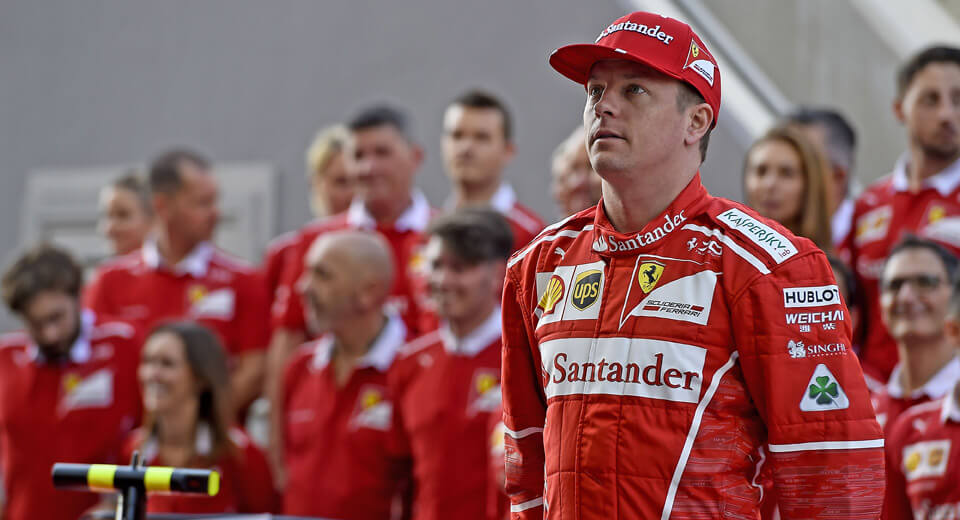 Ferrari has put a lot of faith, wavered though it has, in Kimi Raikkonen. And that faith has been largely misplaced, so it's giving him one last chance: either live up to your performance next season, or you're out.

"My personal opinion is that if we find the right key, Raikkonen drives like a God," Ferrari chief Sergio Marchionne told journalists, as reported by Autosport.

"When things go right, it's a pleasure to see him driving. In other moments it seems like he takes a break. He needs more consistency in terms of performance," said Marchionne. "Probably this is the last season to find the right key and we must do it. It would be a shame if he would leave F1 without showing his real potential."

The Finnish driver first signed with Ferrari in 2007, winning the world championship straight away. He was shown the door after 2009, only to return again in 2014, and has been driving for the Scuderia ever since – with little to show for it. Over the past four seasons, he hasn't won a single race, and has been consistently outperformed by multiple-champion teammates Fernando Alonso and Sebastian Vettel.

Now 38 years old, Kimi is the oldest driver on the grid. Ferrari has extended his contract by one more season, but if he doesn't pull his weight, he'll be replaced – likely by one of the team's junior drivers like F2 champion Charles Leclerc (who'll be driving for Sauber next season) or Antonio Gionivazzi.

"We see Leclerc, Verstappen and Giovinazzi, drivers with great skills, who can deliver a big change in the driver market," said Marchionne. "I'm still happy to have chosen Leclerc. "I think that if we can not find the right key for Raikkonen, the choice will fall on a young driver."