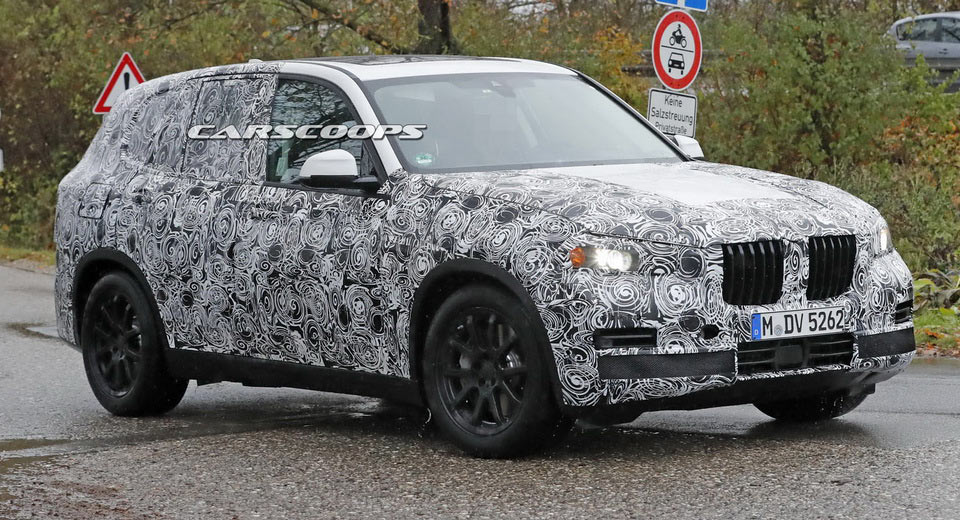 The new BMW X5 is set to arrive in 2019 in the US, reportedly powered by also new petrol engines.

Apparently BMW will bring the new X5 in the US market in sDrive40i, xDrive40i and xDrive50i variants: the first two will be powered by a new version of the 3.0-liter inline-six B58 engine which will be so revised that technically it will be considered a new engine altogether, gaining the B58TU codename. Power for the 40i models is expected to be around 335hp.

The 50i version will be powered by a similarly revised version of the N63 4.4-liter V8, again in such extent that it will be technically a new engine and adopt a different engine code from the powerplant found in the current M550i models. Power in this case will be 465hp.

The news come from BMWblog which cites inside sources and reports that the new X5 will be a model without any shared petrol engines in the existing BMW range. Still though, there’s no info on the range-topping X5 M, which is expected to share the same twin-turbo powertrain with the latest M5.

The diesel lineup will be mostly a European affair and will consist of already known units, including the B57 unit in the xDrive30d version with 265hp, the xDrive40d with 320hp and the xDrive50d which will host the new quad-turbo B57S unit with 400hp.

The next-generation of the BMW X5 is going to be based on the company’s CLAR architecture which will make it lighter than its predecessor and also more compatible with the latest plug-in hybrid powertrains the Bavarians are cooking for their upcoming models.