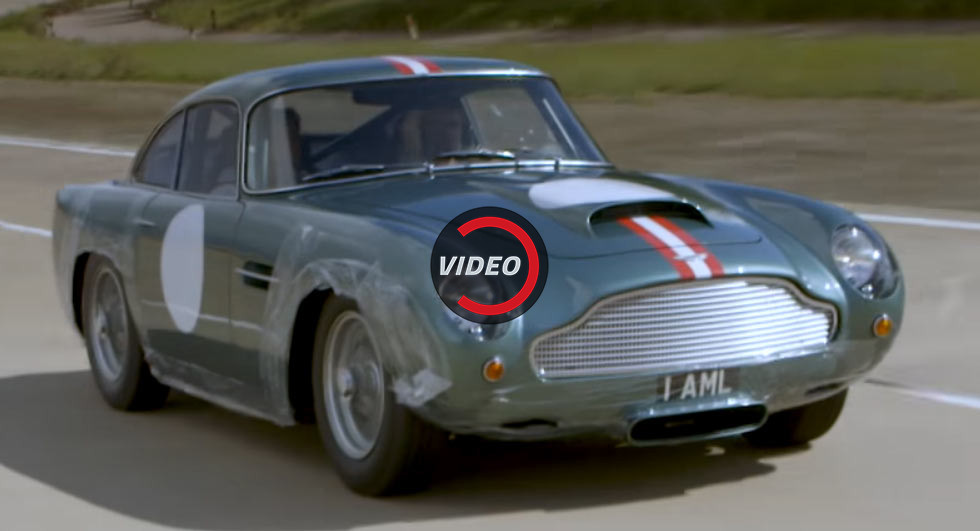 Aston Martin has released a new video of a DB4 GT Continuation prototype undergoing testing at the Millbrook Proving Ground in the United Kingdom.

While the clip is relatively short, it gives us a better look at the upcoming model which was announced late last year.

Production will be limited to 25 units and each model will follow in the footsteps of the original DB4 GT which was launched in 1959. The cars were shorter, lighter, and sleeker than the standard DB4 and offered an upgraded 3.7-liter straight-six engine.

75 DB4 GTs were built between 1959-1963 and only eight of these models were lightweight variants. Most of these vehicles survive today and routinely sell for more than $3.9 (£3) million.

The track-only continuation models will be built by Aston Martin Works and each model will be made to the lightweight specifications of the original. This means each car with have thin-gauge aluminum panels which are hand-fitted over a tubular frame.

Despite the old school styling, the continuation cars will benefit from improvements in "engine performance, handling, braking and safety." However, Aston Martin has previously said these enhancements will build upon the car's original qualities without effecting its character or feel.

Speaking of performance, the cars will be powered by a straight-six cylinder engine with two spark plugs per cylinder. The engine will produce 340 hp (253 kW) and send power to the rear wheels through a four-speed manual transmission and a limited-slip differential.