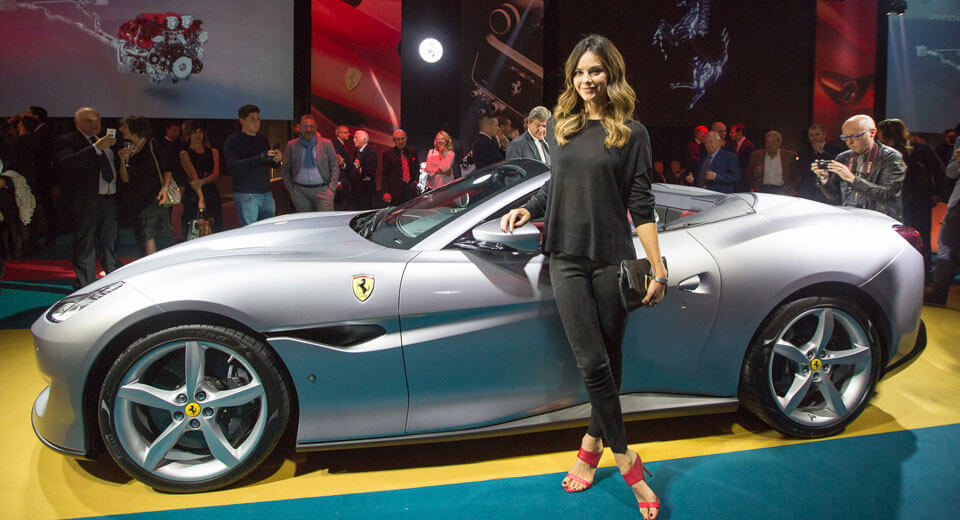 Ferrari may sell many more cars outside its home market than it does domestically, but there's still tremendous emotional value to its birthplace and home base. So it was with great fanfare that the Prancing Horse marque introduced the new Portofino in Rome last week.

Replacing the California, the Portofino is Ferrari's new eight-cylinder, front-engined hardtop convertible, sitting alongside the 488 GTB at the base of the exotic automaker's lineup.

The model was introduced at the Frankfurt Motor Show last month, but has now come home to roost in the Italian capital. More than 500 guests were on hand for the event at La Nuvola at the Rome Convention Center, where the company's chief marketing officer Enrico Galliera (accompanied by vice chairman Piero Ferrari) presented the car in Italy for the first time.

The V8 model line is the most vital for Ferrari, particularly in Europe where gas prices (and taxes) are among the highest. Of the 2,701 vehicles Ferrari sold in Europe last year, 1,985 were powered by the company's award-winning 3.9-liter twin-turbo V8: 1,286 of them from the 488 lineup, and 699 of the California T. That's not even counting the GTC4 Lusso T, which replaces the V12 AWD setup with that same turbo eight.