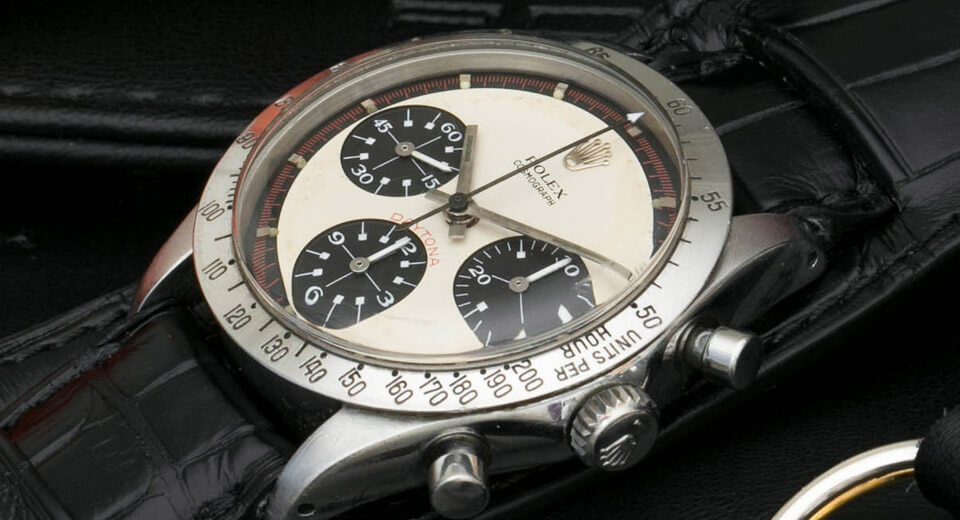 It doesn't exactly happen every day, but there have been dozens of classic cars sold for eight figures. A watch, on the other hand, is another matter entirely.

That's just one part of what makes this watch so unique, selling at auction over the weekend for a record $17.7 million.

As you might have guessed, this was no ordinary watch. It's a “Paul Newman” Rolex Daytona – but not just any Newman Daytona. This is the Newman Daytona. As in, the original.

The classic chronograph belonged to the late Paul Newman, bought for him at Tiffany's in 1968 by his wife Joanne Woodward, who had it engraved with the caption: “Drive Carefully Me.”

Newman wore the unique timepiece for 15 years, its unique white dial with black sub-dials and red lettering becoming so legendary that the style, so sought-after by enthusiasts and collectors, became known as the Paul Newman dial.

The actor-turned-racing driver gave the watch to his daughter Nell's boyfriend James Cox in 1984 as a thank-you gift for the restoration he performed on the family property in Connecticut. Cox kept it ever since, but with Nell's blessing, put it up for auction.

The watch was expected to sell for upwards of a million. But after an evidently feverish bidding war, it ultimately went for $17,752,500, setting a new record for timepieces sold at auction – and putting newfangled designs like McLaren's million-dollar Richard Mille tourbillon or Bugatti's innovative Parmigiani watch into perspective.