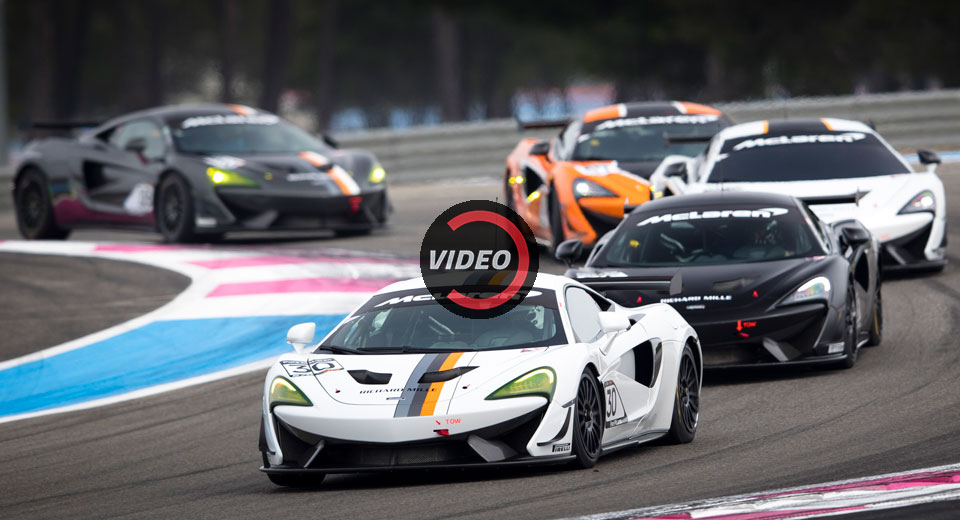 We could never have accused McLaren before of being detached from racing, but these days an exotic sportscar manufacturer needs its own spec racing series.

Ferrari has one. Lamborghini does, too. Porsche has several. Even Maserati does. And now McLaren has followed suit.

An offshoot of the Pure McLaren track program, the new series is built around the 570S GT4 – an identical grid of which will allow gentlemen racers to hone their skills and compete for glory on some of the most legendary circuits Europe has to offer.

Building upon McLaren's “entry-level” Sports Series, the 570S GT4 was first revealed a year and a half ago, and started winning races right out of the box. It's based closely on the road-going model, with its 3.8-liter twin-turbo V8 and carbon monocoque chassis, but upgrades with track-specific components like center-lock mags, slick tires, enhanced aero, an air-jack, and stripped-out cockpit.

The new series kicked off this weekend at the Paul Ricard circuit in the South of France, where a grid of 10 cars faced off over the course of a three-day weekend. Next year will see a full calendar of races held at tracks like Silverstone and Spa-Francorchamps, and may yet provide customer racers with the best opportunity to drive a McLaren racing car in heated competition.