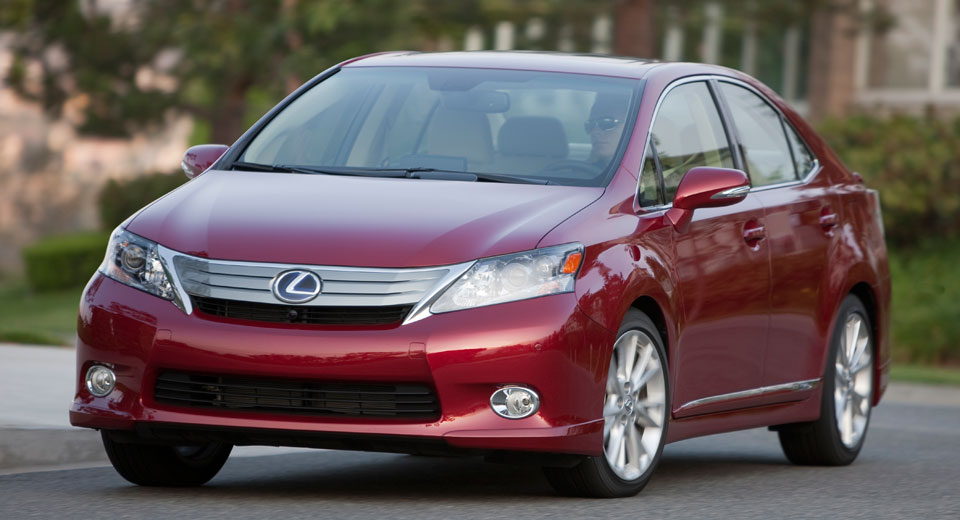 Remember the Lexus HS? Yeah, we barely did, either – until the automaker announced it was recalling them.

The HS 250h was Lexus' first dedicated hybrid – a sedan related to the Scion tC but with four doors and a gasoline-electric powertrain.

It wasn't much of a hit: it launched in 2009, selling 6,699 units in the United States, and 10,663 the following year. This out of the million-plus vehicles Toyota sold in America each of those years, of which the Prius accounted for roughly 140,000.

Sales dropped off drastically in the following years until the model was withdrawn from the US market, its place essentially supplanted by the CT 200h. That dedicated hybrid hatchback hasn't exactly been a runaway success either, but its numbers still vastly outshine those of the HS.

Matters couldn't have been helped much when Lexus had to recall over 17,000 of them in only its second year on the market due to a potential fuel leak. It's been recalled several times since then. And now it's being brought in once more for another issue.

The problem this time is with the electric part of the hybrid powertrain, which could short out due to wear and cause the system to shut down. The automaker says reports that “approximately 18,000 vehicles are involved,” which is more than its own statements indicate it sold in both 2009 and 2010 combined.