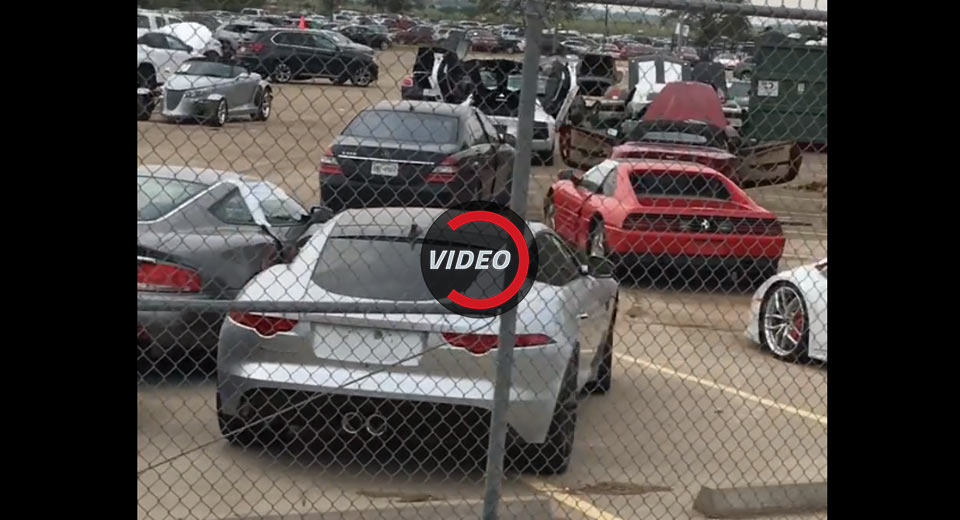 We already knew that Hurricane Harvey had destroyed some pretty pricey exotics but the video below provides a glimpse of many more exotics wrecked due to the flooding.

Facebook user Fredo Sanchez recently headed to the Royal Purple Raceway and drove along the perimeter of a fenced off area where tens of thousands of vehicles are being stored until they’re evaluated by insurance companies.

It appears as though all of the most expensive vehicles have been parked side-by-side in a distinct area and the number and combined value of these lost sports cars, supercars and luxury cars is phenomenal.

There is a multitude of Porsche 911 models, including a blue Turbo S, numerous Corvettes like a Z06 Convertible, a Lamborghini Aventador, Porsche 911 GT3, Dodge Viper and even a Mercedes-Benz SLS AMG, among others.

It is estimated that up to 500,000 vehicles may be scrapped after the devastation of Hurricane Harvey but it isn’t known just how many of those vehicles are high-priced exotics. However, it is inevitable that those filmed are only a small sample of the expensive cars to have fallen victim to the storm.