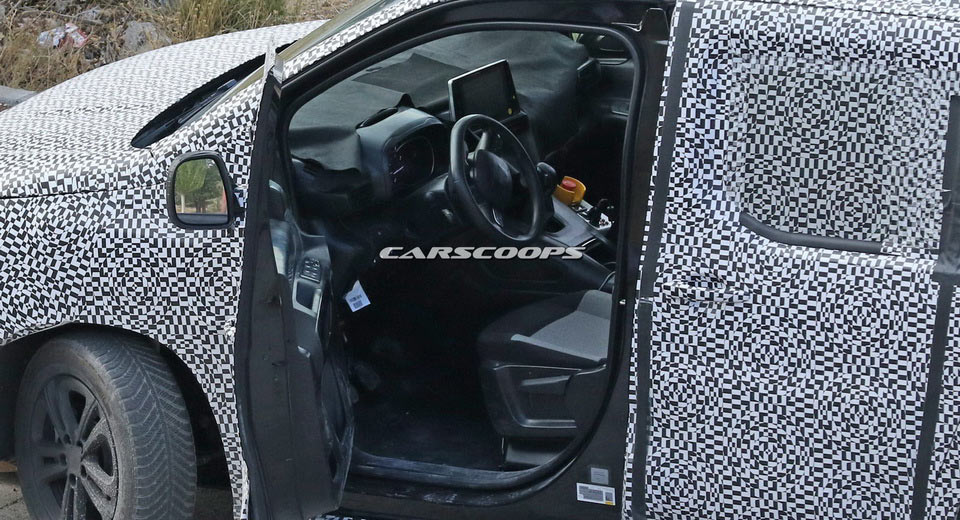 The latest spy shots of the PSA Group's next Citroen Berlingo and Peugeot Partner twins allow us to take a peek inside the new van for the first time.

These reveal a very un-van-y interior as it appears that PSA is going to use the same �i-Cockpit� design philosophy that kickstarted with the Peugeot 3008.

As you can see, the dashboard features the infotainment system on top of the central air-vents, with the gear lever positioned higher and closer to the steering wheel.

The existing generation of PSA�s LCVs has been around since 2008, making them the oldest models in the segment. The new ones will apparently feature more of everything, including better fuel economy, bigger dimensions and of course more volume for loading stuff. Payloads are expected to increase, with reports suggesting the new LCVs to offer at least one tonne.

Also the new generation of the Citroen Berlingo/Peugeot Partner will gain another identical sibling in the form of the Opel/Vauxhall Combo. All three models are expected to distance themselves from one to another, with different lights all around, front fascia and possible some interior touches. The vans are also expected to feature the 1.2-liter three-cylinder PureTech petrol unit as well as a new 1.5-liter HDI diesel engine.

All three models will be produced at PSA�s Vigo factory in Spain, with their debut set around spring 2018, possibly at the Geneva Motor Show.