Audi Delivers A Selection Of Vehicles To Real Madrid Players 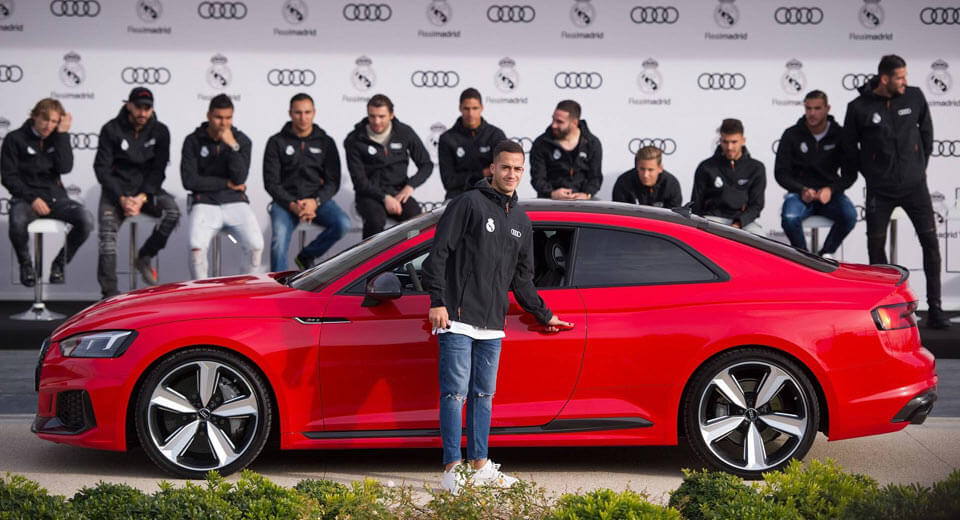 In what has become a yearly tradition for Real Madrid players, these extremely talented footballers have just taken delivery of a host of new vehicles from team sponsor Audi.

Given free rein to choose from Audi�s fleet, no less than 14 players opted for the ever-popular Q7, three of which selected the Q7 e-tron quattro variant while one player, Kiko Casilla, picked up the keys to an SQ7 TDI.

Beyond the rather mundane Q7, some players did opt for Audi Sport models, four of which set to drive RS6 Avant Performance models for the next 12 months. A further two players, including Cristiano Ronaldo, will be rocking up to practice in their RS7 Sportbacks.

Other RS models picked by certain Real Madrid players include an R8 Spyder V10 and two RS5 Coupes, like the red one pictured here, chosen by winger Lucas Vazquez.

While attending the delivery event, a handful of players also had the chance to take a virtual test drive in the Audi e-tron FE04, the German manufacturer�s Formula E racer set to make its debut at the season opener in Hong Kong on December 2-3.