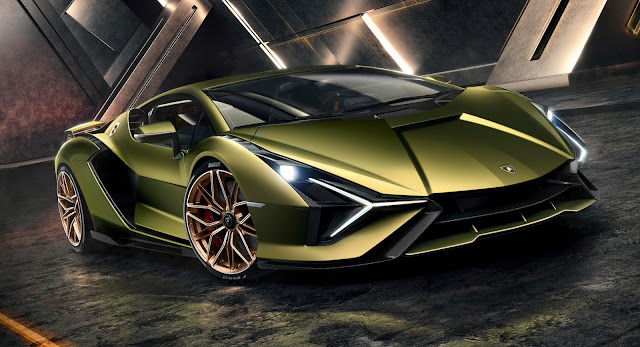 Following a leak yesterday, Lamborghini has revealed the new Sián in its entirety as the company’s first hybrid and most powerful supercar to date.


The latest limited Lamborghini, which is set to debut at the Frankfurt Motor Show, is based on the Aventador platform, only it combines the naturally aspirated 6.5-liter V12 with a new mild-hybrid system for a combined total output of 808 HP (819 PS).

The system uses a 48-volt, 34 HP electric motor that’s incorporated into the gearbox to provide immediate response and better performance; Lamborghini says this direct connection between electric motor and wheels is a first for a low-voltage hybrid. The electric motor itself also supports low-speed maneuvering, enabling the Sián to execute reversing and parking under electric power alone.

Another world first for the Sián’s hybrid powertrain is the energy storage unit; instead of using a lithium-ion battery pack, Lamborghini’s latest creation makes use of a supercapacitor, which is three times more powerful than a battery of the same weight and three times lighter too. The supercapacitor is mounted in the bulkhead between the cabin and the engine for the optimal weight distribution.

Lamborghini says that the electric motor and supercapacitor end up weighing just 34 kg (75 lbs), enabling the Sián to achieve a weight-to-power ratio of 1.0 kg/hp (metric), which is better than that of the Aventador SVJ.

The regenerative braking system, which has been developed in-house by Lamborghini, takes advantage of the supercapacitor’s symmetric behavior and fully charges it every time the supercar brakes; the stored energy is instantly available to the driver as a power boost for speeds up to 80mph (130km/h). In-gear acceleration is also improved significantly, with the new Lamborghini Sián being 1.2 seconds faster in a 43-75mph (70 to 120 km/h) run compared to the Aventador SVJ. 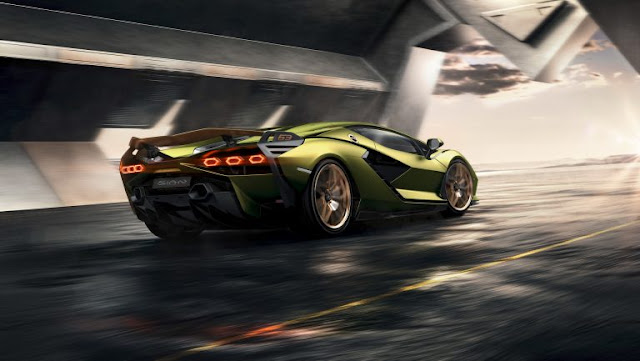 Lamborghini will produce just 63 examples of the Sián, honoring the foundation year of the brand. All the cars are already sold out, with Lamborghini saying that each one will be individually styled according to the owner’s tastes through the Ad Personam programme. 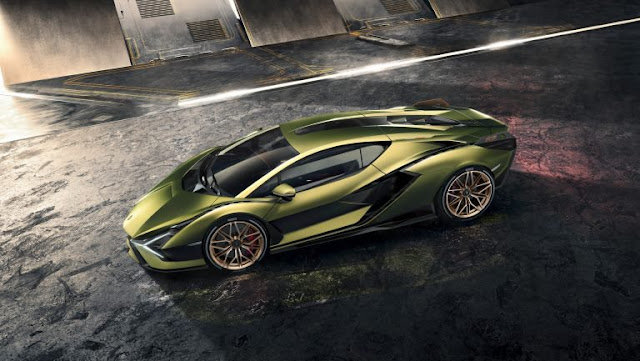