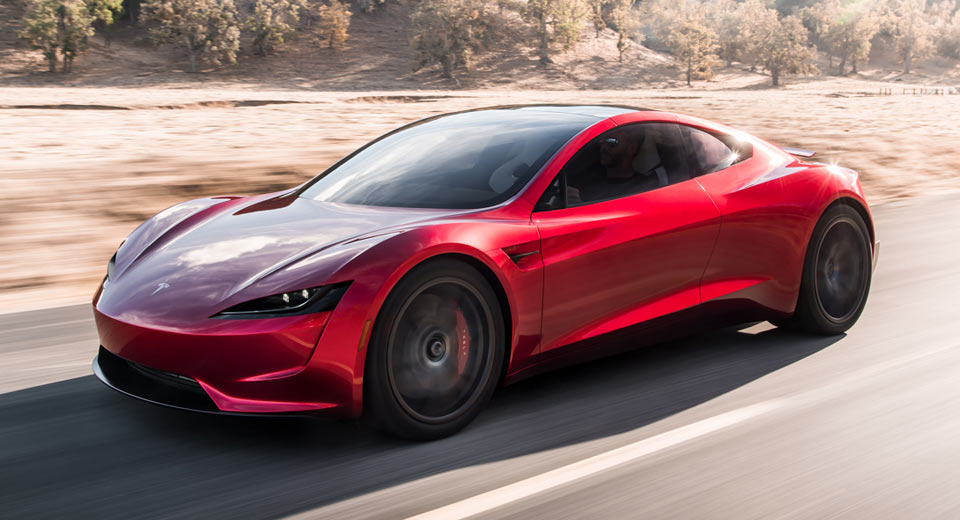 Just a couple of days after Tesla shocked the world by unveiling the second-generation Roadster with unprecedented performance figures, Elon Musk has taken to Twitter to indicate this is just the start of what�s to come for the new sports car.

In a Tweet published on November 20, the outspoken entrepreneur indicated that a special upgrade package for the new Tesla Roadster could borrow rocket technology and possibly fly short distances.

Yes, you read that correctly. Musk said it is �certainly possible� to make the Roadster part supercar-slayer and part flying car. �Just a question of safety. Rocket tech applied to a car opens up revolutionary possibilities,� he added.

As always, it�s important to take anything Musk says with a pinch of salt. After all, he is no stranger to expressing his ambitious goals, even though they are often far beyond the realm of what most people consider reasonable. For example, he thinks humans and AI could eventually merge to create AI-human symbiotes.

Not saying the next gen Roadster special upgrade package *will* definitely enable it to fly short hops, but maybe �