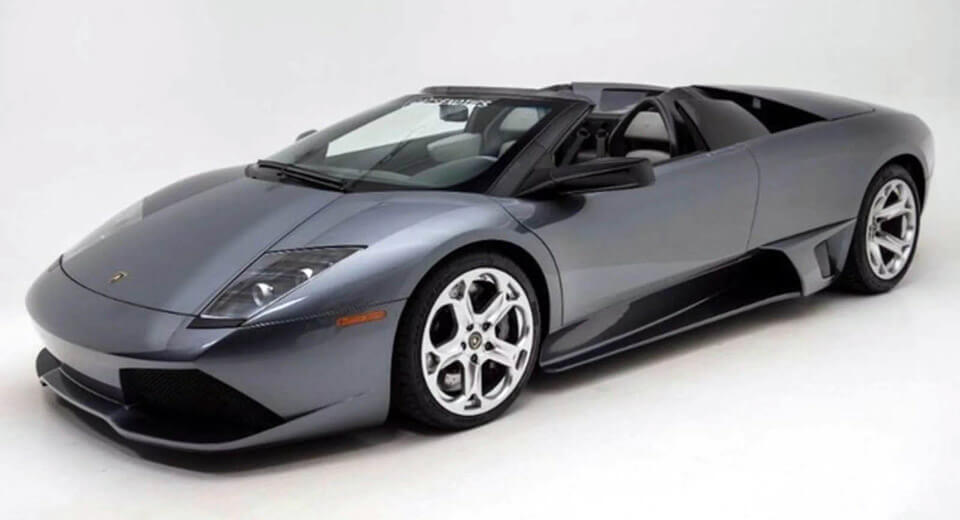 There's little question that supercars are progressing at a suitably rapid pace. But sometimes, somewhere along the way, something falls by the wayside that we wish hadn't.

Take Lamborghini, for example, and its twelve-cylinder model line. The Aventador is, by all accounts, a vastly superior car to the Murcielago it replaced � switching from steel construction to carbon fiber and upping the performance factor considerably.

The transmission, on the other hand, is another matter. The Aventador's semi-automatic Independent Shift Rod gearbox may, for all its faults, be better than the Murcielago's e-Gear transmission. (Or maybe it isn't. We're not here to make that call right now.) But the Murcielago was the last of its breed to offer an old-school manual.

That's what we have here, enduring as something of a rarity. It's a 2008 Murcielago LP640-4 Roadster, in Grigio Avlon Metallic with a black and grey interior � and a six-speed stick-shift. According to Cats Exotics (the Seattle-area dealer that's selling it on JamesEdition), it's one of only four so equipped and delivered to the United States, and the only one in this color combination.

It's also equipped with all manner of optional extras, from the $9,100 carbon-fiber engine brace and $8,450 carbon interior trim package to the $3,250 navigation system. It ships with a brand new set of Pirelli P Zero Corsa tires, and is listed with 13,631 miles on the odometer for $375,000.

For that kind of money, you could almost get into a new Aventador � and certainly find a used one in solid condition. But then you wouldn't have the pleasure of rowing your own gears, and it isn't likely to hold up its value as well either as manual-shifted supercars like this become a rare commodity on the collector's market.