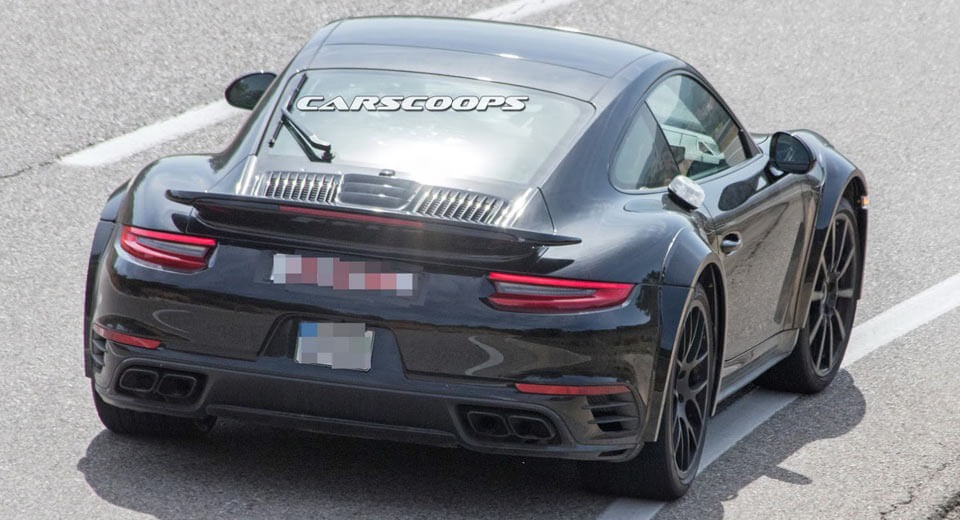 Porsche�s next-generation 911 Turbo S could have as much as 630 hp, pushing the hypercar-slayer to entirely new performance heights.

Autocar reports that Porsche engineers will modifying the car�s existing 3.8-liter twin-turbo six-cylinder engine with components from the GT2 RS, resulting in a 50 hp bump over the current 911 Turbo S.

If such a figure is reached, the new Turbo S will easily be the quickest Turbo ever produced. As it stands, the 991.2 Turbo S is one of the most accelerative cars on the planet, despite having significantly less power than some of its rivals, including those from McLaren, Lamborghini, and Ferrari.

Set to arrive in 2019, the 992-generation Porsche 911 promises to be a significant improvement over the current car. Beyond bumps in power and torque across all variants, the 992 will include a new chassis and improved suspension components. Additionally, the 992 will be the first 911 generation to offer a plug-in hybrid model.

Alongside all of the mechanical developments, the new sports car will be adorned in bespoke bodywork and receive taillights inspired by the Mission E Concept.