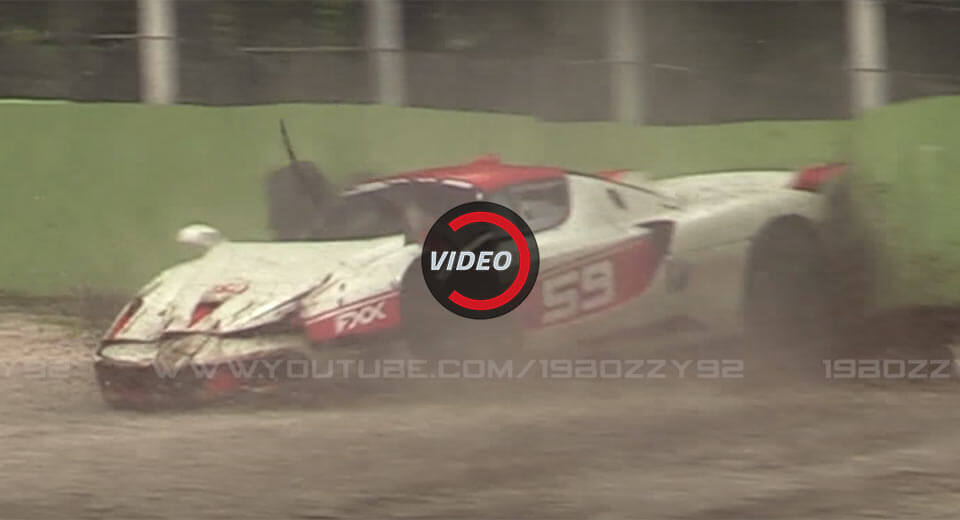 A rare Ferrari FXX Evoluzione has been badly damaged after a high-speed crash at Monza during a track day.

This vision, snapped by 19Bozzy92 on YouTube, shows the red and white FXX Evo entering the first chicane with far too much speed. Apparently, the crash occurred during the driver�s first flying lap of the circuit and appears to have been sparked by tires that weren�t up to their proper operating temperature.

Unable to make the corner, the track-only Italian hypercar slides sideways over a yellow and black curb, ripping off one of the wheels in the process. The out-of-control FXX then crosses the circuit, skids through a gravel trap and slams head-on to the tire wall.

Fortunately, the driver wasn�t injured in the crash but there�s no doubt this will be a costly repair.