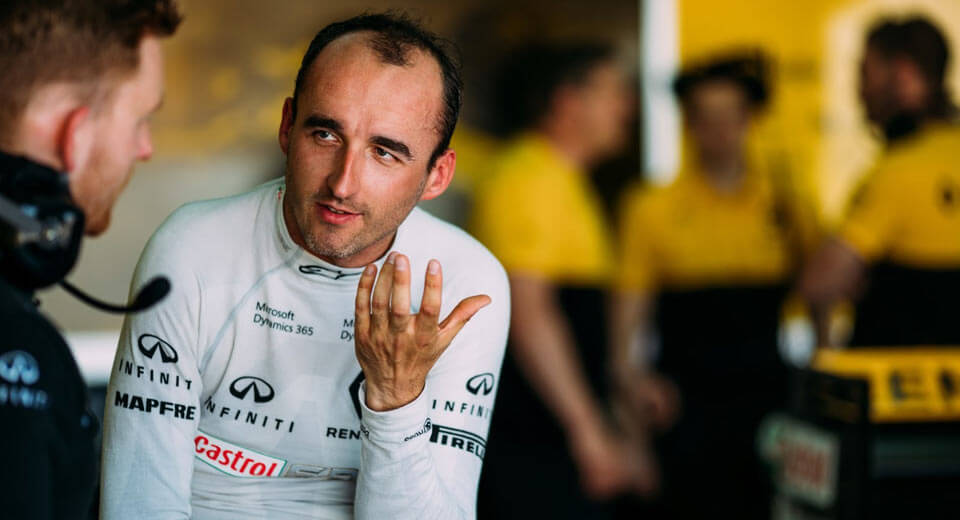 Robert Kubica is shaping up to make a return to Formula One with the Williams team.

In recent months, Kubica has been one of at least three drivers, including Paul di Resta and Pascal Wehrlein, vying for Felipe Massa�s seat at Williams. In the lead-up to a test in Abu Dhabi during the week, Mercedes F1 boss Toto Wolff has revealed to Autosport that Kubica is the most likely driver to get the job.

�I think it has been clearly said that Williams's priority is Robert. Robert from my point of view deserves the chance in the Williams, and it's out of Pascal's hands.

�There is still a tiny possibility [for Wehrlein] if Robert doesn't do well, but none of us wishes him to not do well.

�All of us are actually cheering for him. I'm in two minds because I think for F1, for Robert, and for Williams it will be great if he performs, and on the other side it looks like it's Pascal's last chance, and he's our junior,� Wolff said.

In the lead-up to the Abu Dhabi Grand Prix, many reports surfaced suggesting that a deal between Kubica and Williams had already been finalized. However, Williams boss Paddy Lowe has since revealed that Kubica must first receive medical clearance to be granted an FIA super license.

�Yes, we are working with him now to assess whether his past injuries will affect his ability to perform in Formula 1. I would say that until now there have been no problems. Let's see what happens next week.

�Williams is considering other candidates and we will not make our decision this weekend or even next week,� Lowe told Autoweek.

Kubica has been vying to make a return to Formula One for the past six months following his departure from the sport in 2011 after almost losing his right arm in a rally accident. In September, 2016 F1 Drivers� World Champion Nico Rosberg joined the Polish driver�s management team to get him back into F1.