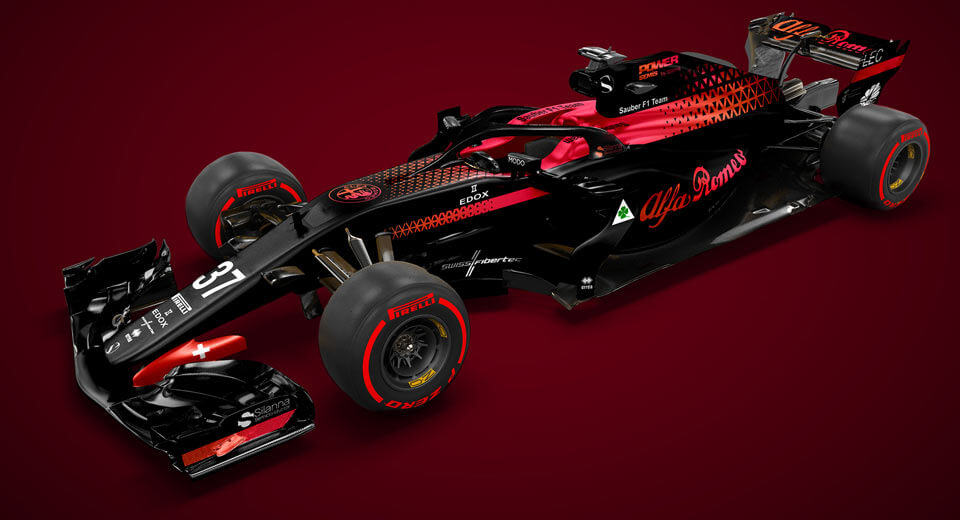 Alfa Romeo recently confirmed its return to Formula One with the Sauber squad and unveiled a concept livery for its 2018 race car.

However, as that livery was simply a concept, it is subject to change before the new season kicks off. If it ends up looking like this livery, rendered by Behance artist Sean Bull Design, we’ll be very happy.

The designer has opted against taking inspiration from the concept livery and instead started afresh, painting the majority of the vehicle’s exterior gloss black. On the front there are the usual array of sponsor logos and some red accents. Moving along the car and you’ll find a design made up of orange and pink triangles running along the center of the race car.

Elsewhere, there is an orange and pink Alfa Romeo logo on either side and the rear wing. The controversial halo has also been painted black and much to our surprise, doesn’t look all that bad.

When the Alfa Romeo Sauber team hits the track next year, it will do so with Formula 2 champion Charles Leclerc and Marcus Ericsson. 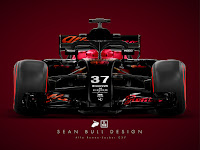