Samson Switchblade Flying Car Wants To Be The Future Of Transport 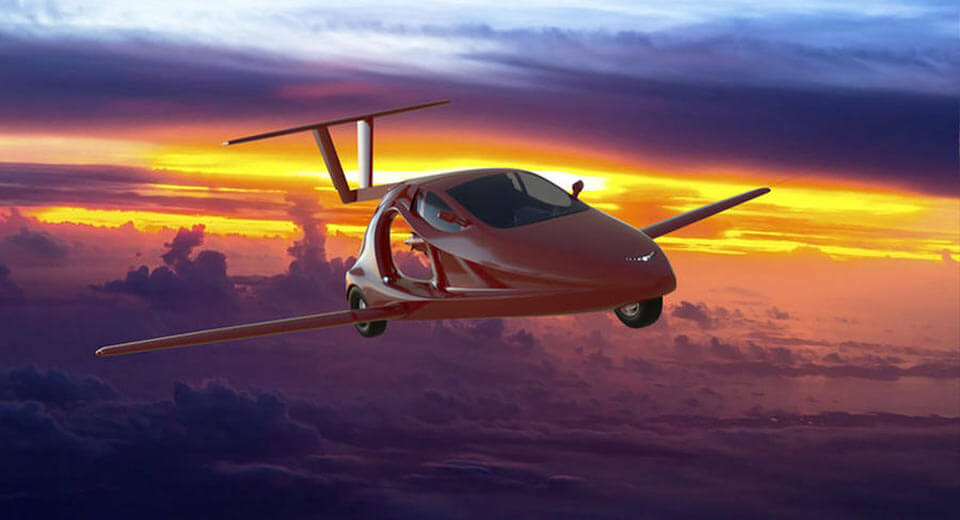 A small company based in Oregon dubbed Samson Motors has just previewed the upcoming flying sports car it intends on launching in 2018.

The Samson Switchblade features three-wheels and is powered by a liquid-cooled 1.6-liter V4 engine with 190 hp, driving a large propeller at the rear. The company claims that the Switchblade will be capable of reaching 200 mph in the air and have a cruising altitude of 13,000 feet.

When used in flight mode, the Switchblade measures 6.2m long and has a wingspan of 8.2m. It also weighs a mere 794 kg, can reportedly take off in roughly 335m, and will have a range of 450 miles. To use the Switchblade on the road, the wings can be folded away and the tail can be detracted, shrinking the vehicle’s length to 5.1m. Road speeds of up to 100 mph (160 km/h) are allegedly achievable.

Curiously, the vehicle has been given an experimental/homebuilt classification meaning at least 51 per cent of the Switchblade needs to be built by the owner. Yes, you are reading that right. In essence, the Switchblade is a flying kit car. Thankfully, Samson will help customers build the vehicle at a Samson Build Assist Center.

In the event that something goes wrong during a flight, Samson has fitted a large parachute.

The company intends on selling the Switchblade to customers for roughly $120,000. An additional $20,000 will be added to that sum if owners want the help of Samson to build the flying car.