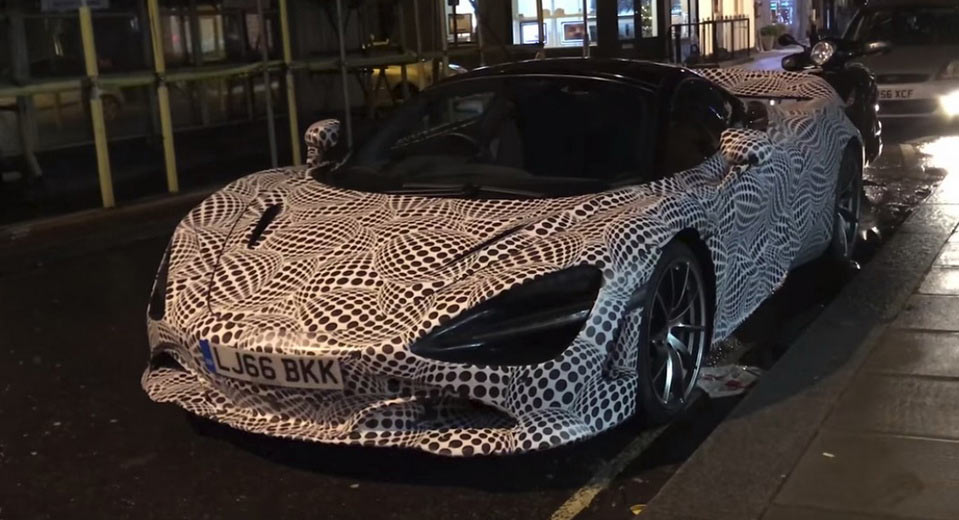 Even though it has increased its range considerably in just a few years and having just announced that it posted record sales in 2017, McLaren is not resting at its laurels but is preparing a new hypercar that will belong in its Ultimate Series.

Now, McLaren itself has already shown us a couple of images of a camouflaged prototype with chief tester Chris Goodwin, who has since moved to Aston Martin, at the driver’s seat. It also stated that it will be the Grand Tourer of the Ultimate Series, and at the same time “the fastest ever McLaren”, though we don’t know if this includes the Senna or not.

Anyhow, a prototype that looks a lot like the one Woking has posted was recently captured on video. It was, unsurprisingly, covered in camo and, as the description says, lacked a third seat, which could mean that it is an early, 720S-based test mule, which makes sense, as the production car isn’t expected until 2019.

Like all McLarens, the BP23 will use the MonoCage carbon fiber chassis, most likely in an evolved form, and since it’s an Ultimate Series, we figure it will be powered by a hybrid powertrain, just like the P1, comprising of the twin-turbo 4.0-liter V8 that made its debut in the 720S along with an electric motor for a total output in excess of 1,000HP.

We also expect the latest iteration of the company’s electrohydraulic suspension that does away with roll bars, plus the Formula 1-inspired Instant Power Assist System (IPAS), which gives an instant boost in acceleration via the electric motor, and Drag Reduction System (DRS) that were introduced in the P1.

The BP23 will be produced in just 106 examples, all of which are already spoken for, and in all likelihood will be launched with a different name. Being a three-seater, we have a hunch that its designation will include the F1 moniker in some way, though this is just our guess. Pity they have wasted used the Senna name already, isn't it?