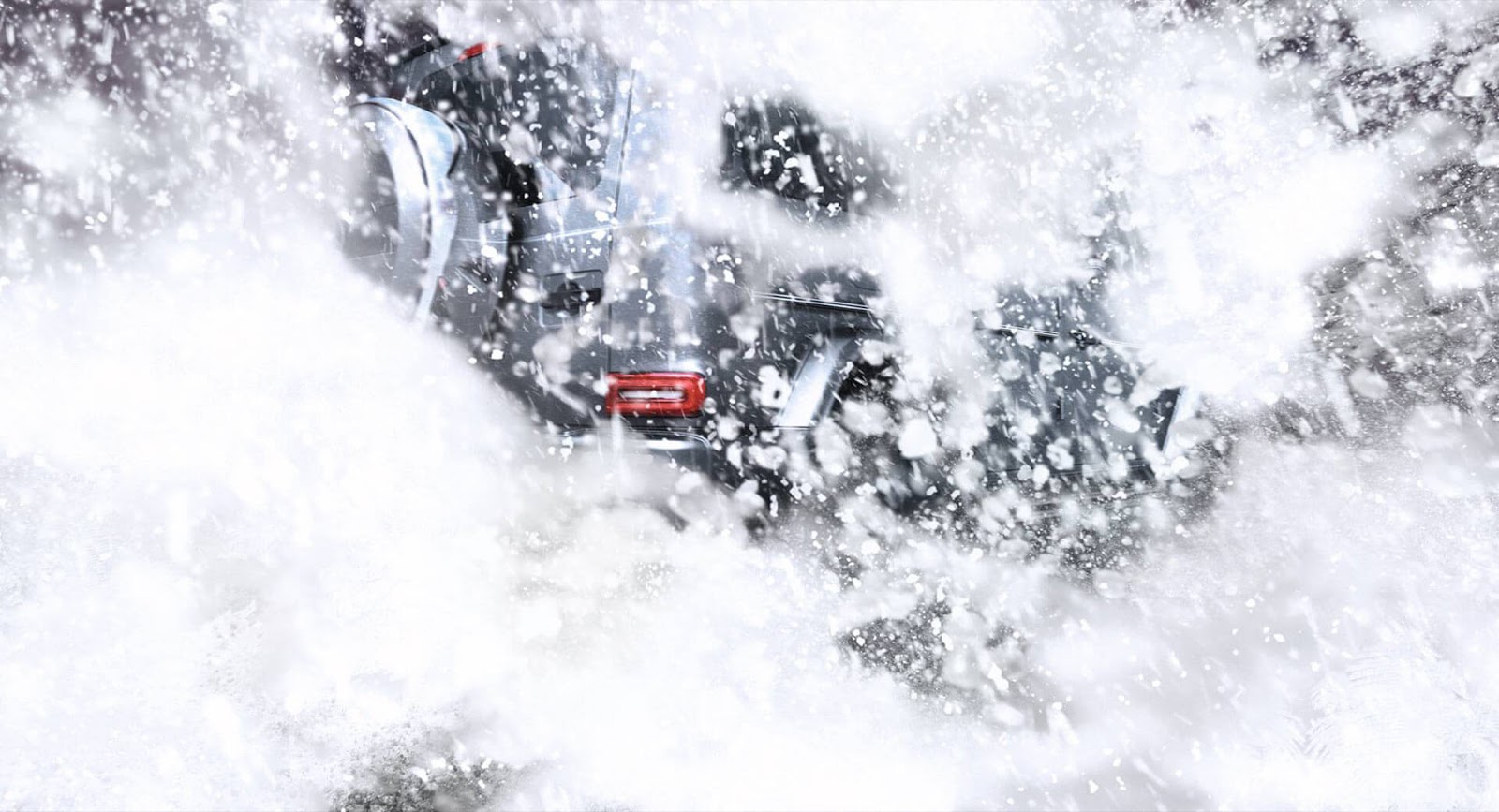 The all-new Mercedes-Benz G-Class has already been leaked in all of its boxy glory, but the German automaker is continuing to tease its new off-roader, recently sharing this image on Facebook.

In the picture, the new G-Class is pictured traversing through deep snow, which implies that it will be just as capable off-road as its predecessor. This will be reassuring to anyone who might have feared that Mercedes would make the G-Class softer.

In terms of its design, the new G-Class looks more like a facelift than an all-new vehicle. In fact, subtle changes to the front and rear fascias are the only notable changes that jump out. Inside, however, things are radically different, thanks to the all-new design and (optional) twin digital displays, two removable cup holders, and improved passenger space.

One key mechanical upgrade of the new G-Class is the implementation of independent front suspension that promises to improve dynamics both on the road and off-road. In fact, the vehicle will have approach and departure angles of 31° and 30° respectively and a maximum fording depth of 70 cm (27.5 inches).

The new G-Class will make its official premiere in a few days, at the Detroit Auto Show that opens on January 15.