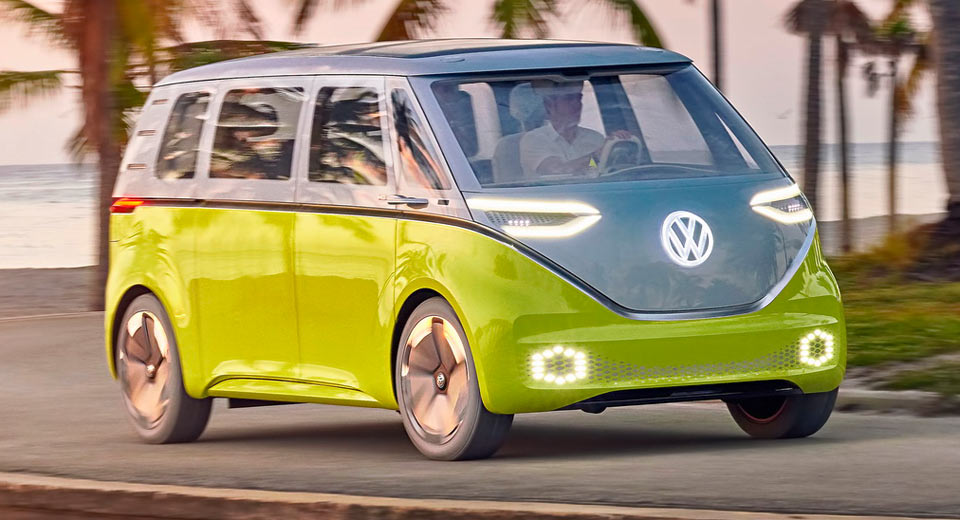 As expected, Volkswagen has confirmed that the I.D. Buzz concept will enter production and reach dealership floors in 2022.

The German automaker made the announcement at the Pebble Beach Concours d’Elegance in California and said the I.D. Buzz will be its second vehicle in the I.D. range after the compact I.D. hatchback shown in Paris last year.

As the I.D. Buzz is still five years away from launching, VW hasn’t commented on if it will retain the same powertrain as the concept. However, it has confirmed that its battery pack will be mounted in the floor.

Speaking about the decision to approve the vehicle for production, Volkswagen chief executive Dr Herbert Diess said “After the presentations at the global motor shows in Detroit and Geneva, we received a large number of letters and emails from customers who said, 'please build this car’. The Microbus has long been part of the California lifestyle. Now we're bringing it back by reinventing it as an electric vehicle,” he said.

Adding to this, the chief executive of the North American Region for VW, Hinrich J. Woebcken said “We are delighted that our parent company has taken the decision to produce the I.D. BUZZ. This vehicle is the perfect balance between emotion, usability and sustainability, while also showcasing our technological leadership. The high seating position, cargo capacity, overall versatility and all-wheel drive option packaged into such an appealing design is just what our customers want from us. And it’s the perfect fit for the zero-emissions American lifestyle.”