Next-Gen Range Rover Looking To Fight Off Bentayga And Cullinan 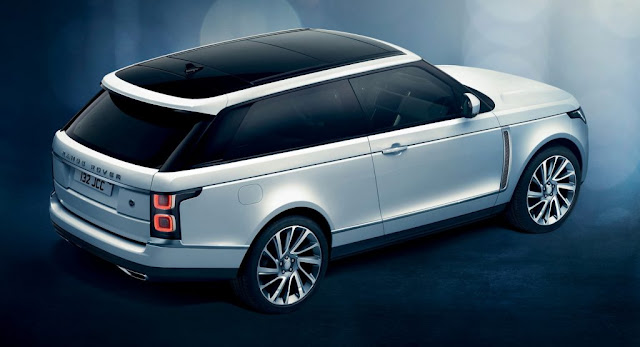 The Bentley Bentayga and Rolls-Royce Cullinan may currently reign supreme over the luxury SUV market, but the next-generation Range Rover is coming and it’s set to be a significant improvement over the current model.

Set to launch in 2021, the new Range Rover will be underpinned by a new Modular Longitudinal Architecture (MLA) in place of the D7u platform used by the current model. Made from aluminum, the MLA underpinnings are not only lighter than the outgoing platform, but are so versatile that all future Jaguar Land Rover models from the Jaguar XE to the Range Rover will be based around MLA.

Another key advantage of MLA is that it can accommodate fully-electric powertrains alongside plug-in hybrids and traditional petrol and diesel models. The British marque will make full use of this flexibility and offer a range of EVs to complete the ICE variants. Interestingly, Autocar reports that the next-generation Range Rover won’t be sold in fully-electric guise as the company wants its first electric Range Rover to be a distinct model with car proportions.

Interestingly, existing Range Rover engines are all set to be scrapped, including the 3.0-liter V6 diesel, 4.4-liter V8 diesel, supercharged 5.0-liter V8 petrol and 3.0-liter V8 petrol. The V6 engines will make way for the company’s straight-six Ingenium powertrains and 48V mild-hybrid technology is to be expected in some variants.

The new Range Rover will have largely identical proportions to the existing model and retain the vehicle’s characteristic design traits, albeit slightly modernized.

Advanced technologies will be found in abundance in the new model. For example, the interior will use an updated version of the Touch Pro Duo system of the Velar. Additionally, the Smart settings of the Jaguar E-Pace will be featured, as will Land Rover’s latest connected car technology which will allow the new Range Rover to interact with an owner’s home. Autonomous driving features are also an inevitability, potentially those including the company’s off-road self-driving systems currently being developed.
Tags : Jaguar Land Rover, Land Rover, Range Rover, Reports, SUV,
Share to: