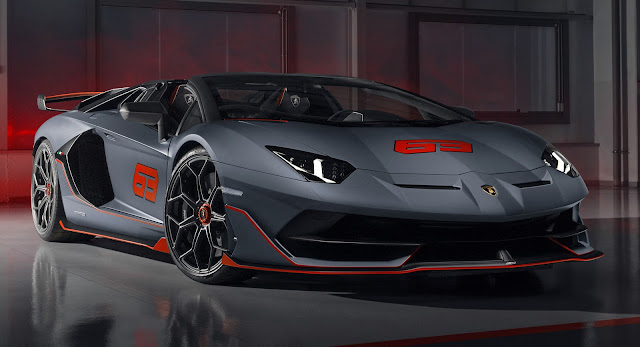 Monterey Car Week continues as Lamborghini has taken the wraps off the new Aventador SVJ 63 Roadster.

Following in the footsteps of last year’s SVJ 63 coupe, the roadster is a limited edition supercar that pays tribute to the company’s founding in 1963.

Jointly created by Lamborghini’s Centro Stile and Ad Personam teams, the Aventador SVJ 63 Roadster will be available in eight exclusive “design expressions.” Each will feature matte or shiny carbon fiber on the windshield frame, engine cover and roof. The car also has an SVJ 63 livery and special Leirion forged wheels with a matte titanium finish.

Production will be limited to 63 units and the first cars are slated to be delivered in 2020.  However, you likely won’t have to worry about that as all the models were sold before the car’s unveiling. 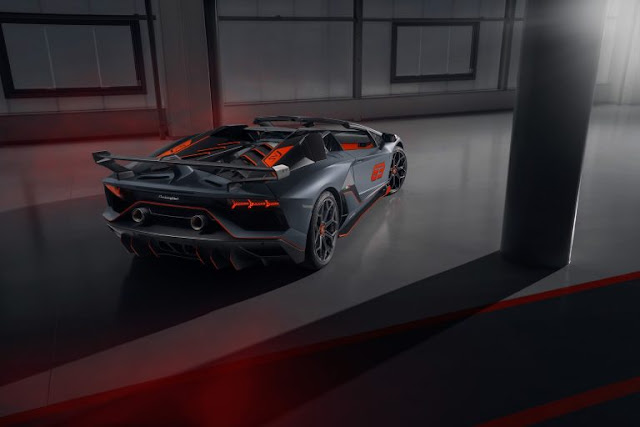 If you didn’t manage to snag the Aventador SVJ 63 Roadster, perhaps you’ll have better luck with the Huracán EVO GT Celebration.  It pays tribute to the Huracán GT3 EVO which “triumphed at the 24 Hours of Daytona and the 12 Hours of Sebring for two consecutive seasons.”

As a result, the special edition features an eye-catching livery that draws inspiration from the race car used by the Grasser Racing Team.  The model also has 20-inch center locking wheels and number 11 badges.

Customers looking for something more exclusive can request a Lamborghini Squadra Corse shield be applied to the roof and framed by flags from Italy and the United States.  Owners can also request laurel wreaths that highlight Lamborghini’s wins at Daytona and Sebring.

Moving into the cabin, there’s special sport seats with Alcantara upholstery and contrast stitching.  The model also has a carbon fiber plaque on the rear fire wall that echoes the one on the roof.

The Huracán EVO GT Celebration will be available exclusively in North America and production will be limited to 36 units.  The first deliveries are planned for early next year.