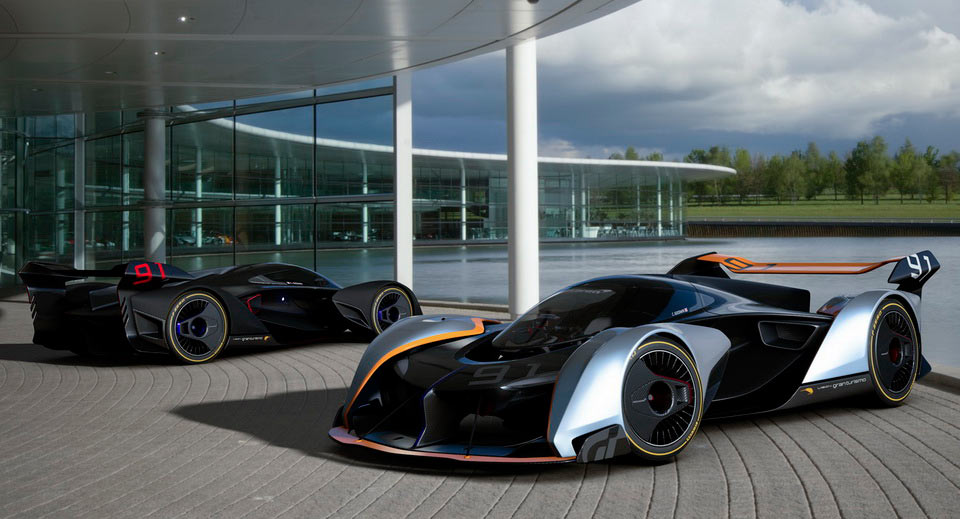 The most extreme McLaren in recent years sadly exists only on the virtual world: it’s called the Ultimate Vision Gran Turismo, the latest exclusive car created for the upcoming Gran Turismo Sport.

According to McLaren, the Ultimate Vision GT isn’t a preview of a specific future model but rather a vision of what the company could build beyond 2030. Players will be given the option of three liveries: Performance, Ulterior and the stealthy Noir.

Every bit has a purpose to serve behind the dramatic shape of the concept, with McLaren applying the ‘form follows function’ mantra in their virtual creation. That’s why it has a teardrop-shaped cabin that not only puts the driver centrally in the chassis, but lying on their front as well and with the car ‘shrink wrapped’ around them.

“The design form communicates exactly what the car’s mission is and what its intentions are: it’s the ultimate expression of the McLaren design pillars and principles we have already established, futured into the 2030s,” says Rob Melville, McLaren’s Design Director.

Power comes from a hybrid powertrain comprised from a twin-turbo 4.0-liter V8 driving the rear wheels and a pair of electric motors housed in each of the front wheels. The combined output is 1,134hp (1,150PS) and 940lb-ft (1,275Nm) of torque.

The body also features an “ultra-advanced” active aero agenda, which uses tiny aperture covers around air inlets during cornering to create drag and generate downforce, rather than moving the surfaces altogether.

“For me, a car needs to be an extension of the driver; I am focused not just on the appearance, but on the handling, the sound of the engine, and the feeling you get when you are racing,” said Kazunori Yamauchi, Gran Turismo creator and President of Polyphony Digital. “So, it was an honour to work with McLaren to bring the Ultimate Vision Gran Turismo to life, and to put such a car on the circuits of Gran Turismo Sport for players to enjoy driving at the limit.”

The new Gran Turismo Sport will be available on October 17, exclusively on PlayStation 4.