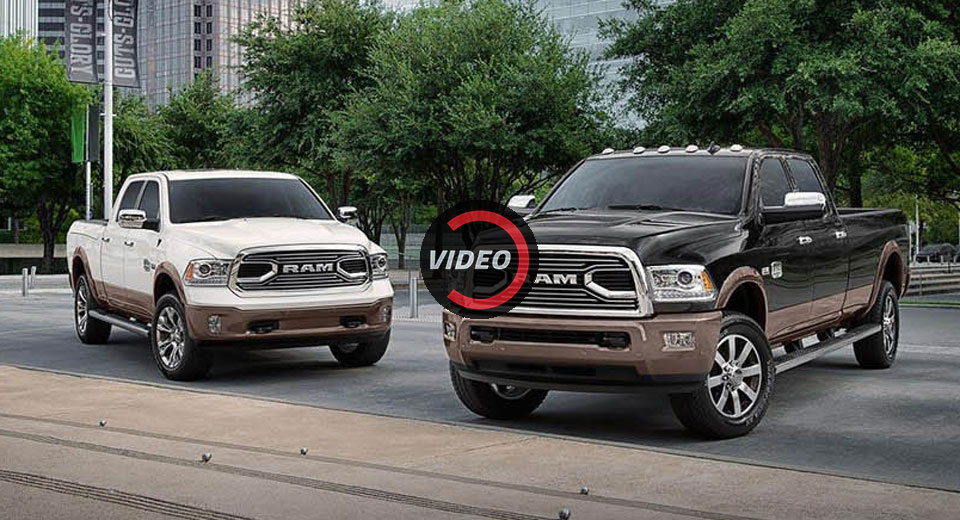 Pickup trucks are big business in America – but they're even bigger in Texas. Which is why their manufacturers are so keen to roll out special editions specific to the state's local market, like these latest from Ram.

Introduced at the State Fair of Texas are the new Southfork and Lone Star Silver editions that are sure to prove popular in the Lone Star state.

The Southfork edition builds upon the Laramie Longhorn, introduced at the same event seven years ago as one of the most luxurious pickups ever made, and crowned by the Texas Auto Writers Association this year as the Luxury Pickup Truck of Texas.

The Southfork builds upon it even further, luxuriating the interior with even more premium accoutrements. The seats are upholstered in full-grain leather in brown and beige, the headliner in suede, there's authentic walnut-colored ash wood trim, real metal badges on the floormats, and of course FCA's latest Uconnect 4C infotainment system with 8.4-inch touchscreen display.

A chrome Longhorn badge on the tailgate is the only exterior differentiator, but buyers can choose between 1500, 2500, and 3500-series models, two- or four-wheel drive, Crew Cab or Mega Cab, short box or long. Prices start at $51,220.

The new Long Star Silver Edition, meanwhile, is now launching on Heavy Duty models (the 1500 series having received a similar treatment last year). Building upon the existing Lone Star model, the Silver edition gets more chrome – lots more chrome – on the grille, side moldings, side mirrors, side steps, and 20-inch wheels. Buyers can choose between several powertrain options, with prices starting at $46,130.

If you're wondering, by the way, why these special trucks are targeted specifically at the Texas market, consider that FCA sells well over twice as many Ram pickups in Texas as it does anywhere else. Nearly a quarter of all pickups sold in America, by any manufacturer, are sold in the state, which makes it a crucial market for truck manufacturers. That in turn means that we can expect more Texas-edition pickups to follow in the coming years – not only from Ram, but from Ford, Chevy, GMC, Toyota, and Nissan as well.