Lamborghini Urus Wants To Become The King Of The (Goodwood) Hill 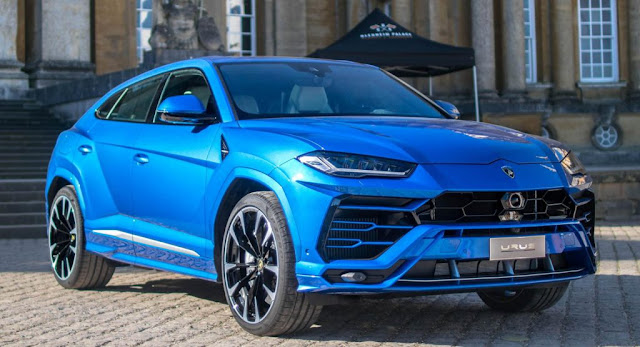 The Goodwood Festival of Speed is coming up fast, and among the automakers that will be on hand for the festivities this year will be Lamborghini.

The Raging Bull marque will bring the Urus to Goodwood to mark its dynamic debut in the UK, the world’s fastest SUV making the run up the hill for the first time. But that won’t be all.

Together with the Urus, a rare example of the Centenario Roadster will feature. It’s one of just 20 examples that were made to celebrate what would have been founder Ferruccio Lamborghini’s 100th birthday. Also on hand will be the Huracan Performante and Aventador S – each showcased on the Supercar Paddock in both coupe and convertible forms.

“Goodwood Festival of Speed marks the arrival of the Lamborghini Urus Super SUV in the UK, with the first cars about to be delivered to customers,” said Andrea Baldi, head of the Europe, Middle East, and Africa (EMEA) regions for Lamborghini. “The line-up of the Urus Super SUV as well as our V12 and V10 super sports cars means that fans of Lamborghini are promised a resounding display of iconic design and performance as each car runs up the Goodwood hill.”

The Urus launches in the UK with a £165,000 on-the-road sticker price. With a 4.0-liter twin-turbo V8 kicking out 650 horsepower, the super-sport utility vehicle can accelerate to 62 mph (100 km/h) from a standstill in just 3.6 seconds and top out at 190 mph (306 km/h). As it will in the rest of the world, the Urus is expected to double Lamborghini’s sales in the UK, which still ranks as one of the biggest single markets for high-end exotics.
Tags : Goodwood, Lamborghini, Lamborghini Aventador, Lamborghini Centenario, Lamborghini Huracan, Lamborghini Urus,
Share to: