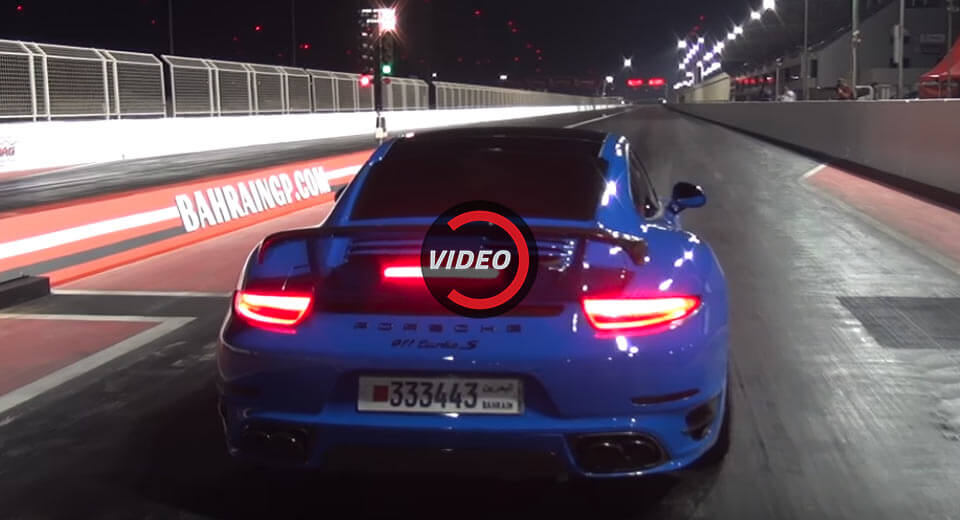 This blue 911 has been upgraded via Turkish company Esmotor and now produces 1,073 hp and 1,028 lb-ft of torque at the rear wheels, almost exactly double the power of a ‘regular’ Turbo S.

The German sports car is run by EKanno Racing and during its best 8.99-second run, reached a staggering 160.7 mph (258 km/h) and made everything look easy. In the process, it set a world record for a 991.1 generation 911 and became the first PDK-equipped car to ever clock a sub-9-second quarter mile.

What’s particularly interesting about this Turbo S is that unlike many other quarter-mile warriors, particularly a handful of 2,000 hp+ Nissan GT-Rs, it actually looks largely stock from the outside.

With a few weight saving measures and cooler temperatures, the Bahraini team will probably clock an even quicker time.