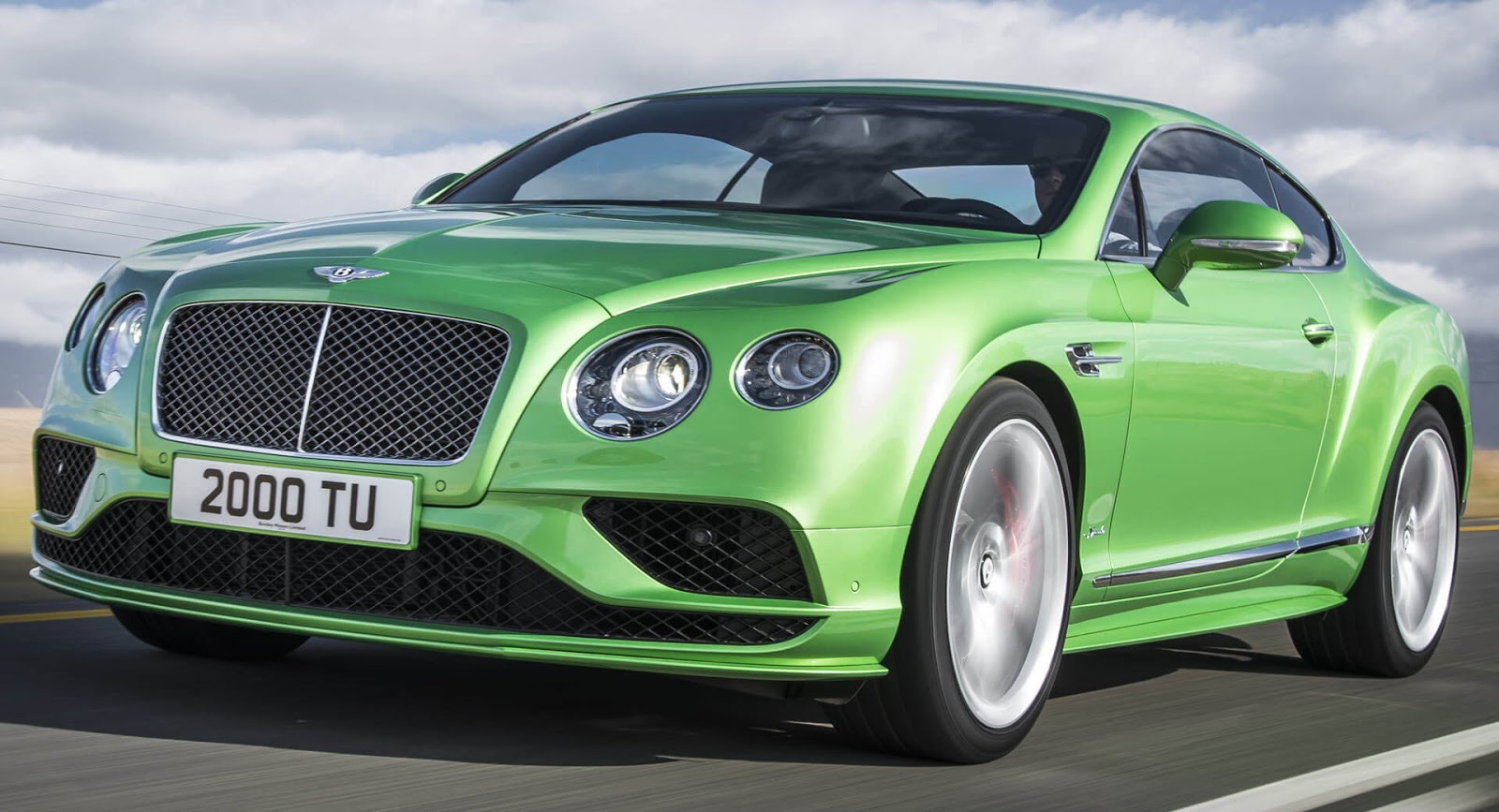 The Insurance Institute for Highway Safety has confirmed the obvious, luxury and performance cars cost a fortune to repair following a collision.

While this isn't an earth shattering revelation, some models cost significantly more than others and the Bentley Continental GT stands out at its collision losses are 6.5 times greater than the average of $390 for all passenger vehicles. Nearly seven percent of all Continental GTs are involved in a collision and the model has a claim severity (how much is paid per claim) of $35,744 and overall losses (a combination of claim frequency and claim severity) of $2,536.

The Continental GT had plenty of familiar company at the top of the "highest overall losses" list as it was joined by the Continental Flying Spur and Continental GTC. Coupes took the next three spots as the BMW i8 had losses of $1,657 which was closely followed by the Maserati GranTurismo and M6 Coupe. Rounding out the top ten spots were the Audi RS7, BMW M3, BMW M4, and Maserati Ghibli.

At the opposite end of the spectrum, the Smart ForTwo electric had the lowest overall losses of $162. Podium positions also went to the Ram 1500 LWB 4WD and Ford F-250 4WD. Perhaps the most interesting vehicle on the list was the Corvette Z06 convertible which had a claim severity of $7,145 and losses of just $204.

The IIHS says this type of information is particularly helpful as data from collision claims include many crashes that aren't reported to police. The organization also notes more than half of collision claims for passenger vehicles cost less than $3,000 with the majority falling in the $1,000 to $1,999 range. 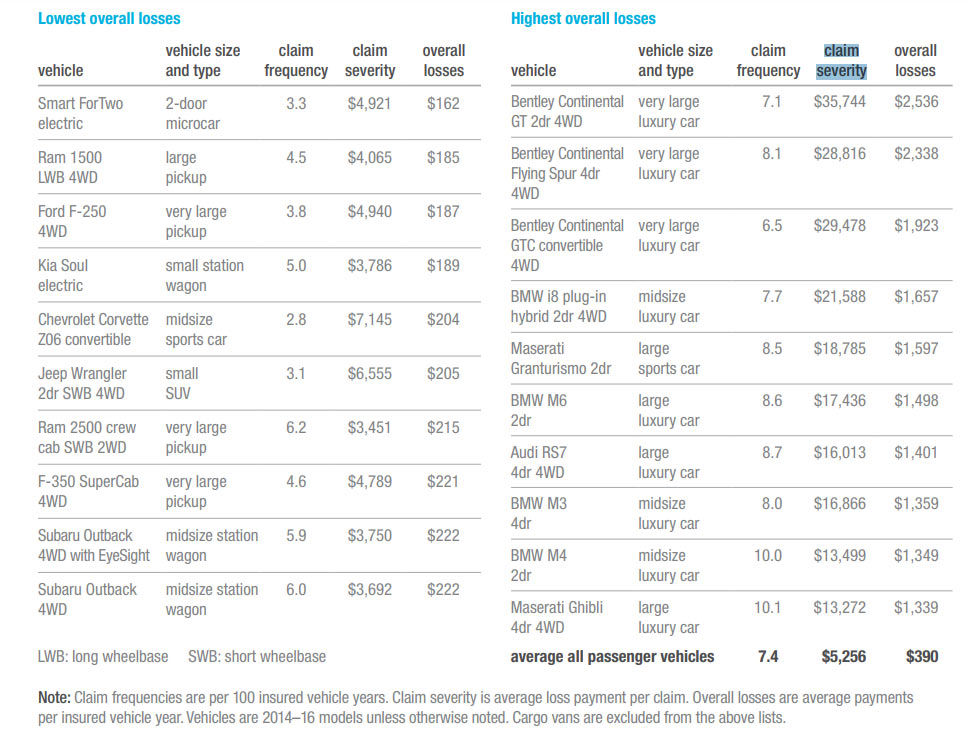 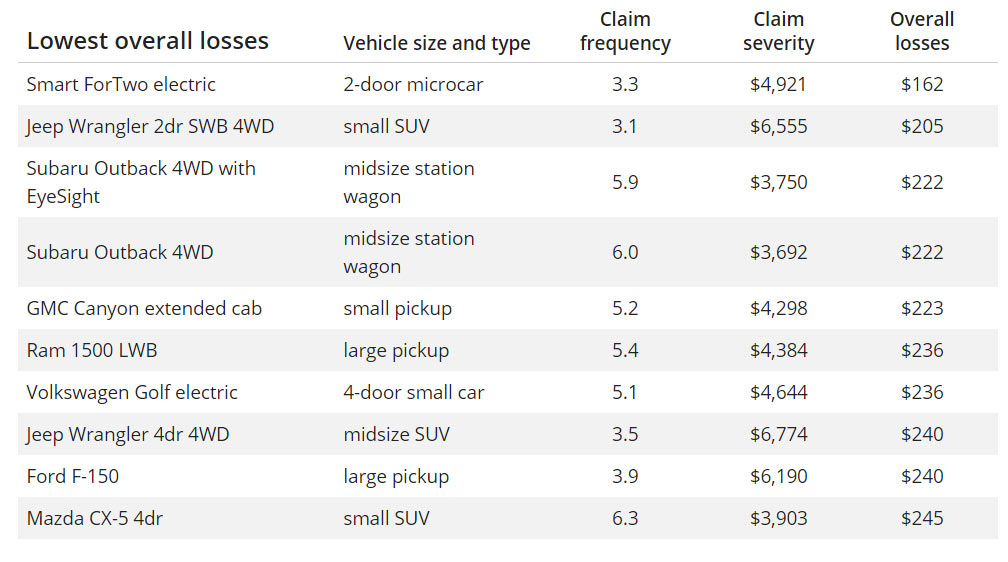