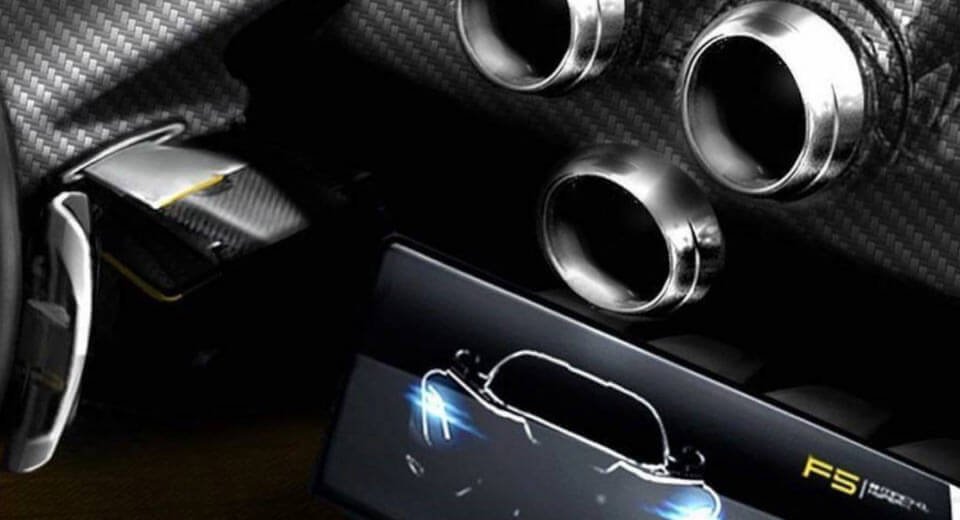 Hennessey has just released a new teaser image of the Venom F5, revealing part of the hypercar’s interior.

In a bid to save weight, carbon fiber has been used extensively throughout the vehicle’s cabin and every component visible seems to be bespoke to the car, not borrowed from any other vehicle on the market.

The most eye-catching feature is the three circular air vents which have been arranged in a similar triangular shape to the trio of tailpipes. Additionally, the teaser reveals a slim, horizontal touchscreen in place of analog switches, buttons, and dials. Part of the steering column and paddle shifters are also visible.

Last week, the company released a teaser indicating that the Venom F5 may hit 300 mph (482 km/h). If achieved, it will comfortably be the world’s fastest production car.

Unlike the first-generation Venom which was based around the Lotus Exige, the Venom F5 will be underpinned by an all-new platform built in-house by Hennessey Special Vehicles. 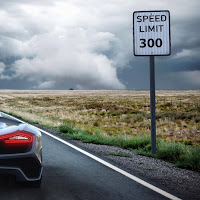 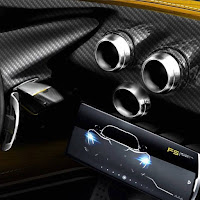