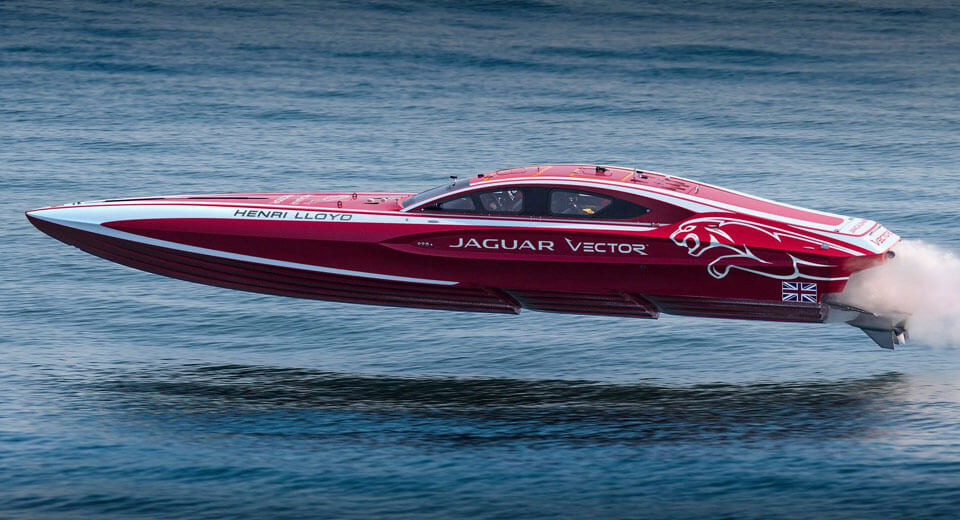 Jaguar makes some pretty fast vehicles on land, but now it's hitting the open water as well in partnership with an off-shore powerboat racing team.

Previously sponsored by Martini Racing, the team now takes on the name of Jaguar Vector Racing as it embarks upon an assault of the Marathon A class of the British Powerboat Championship.

The competition arm of the Vector powerboat brand will also undertake to break a dozen world records for both speed and endurance on the open water next year. As it stands, Vector has accumulated five UIM World Endurance Records, two World Championship titles, and three European championships.

The competition-spec Vector 40R packs a pair of 1,100-horsepower engines – nearly twice as potent as anything Jaguar makes – and can top out at over 100 miles per hour. Though it may not be swapping them out for marinized versions of JLR's celebrated 5.0-liter supercharged V8, the two British manufacturers intend to collaborate on electric powertrains, like the one Jaguar is developing for Formula E.

“The Vector team is very proud to be aligning with a great British brand like Jaguar,” said Vector CEO Mal Crease, “and to be joining such a technically pioneering partnership which will push the boundaries of performance and technical excellence.”

This isn't the first time we've seen Jaguar lend its name to a speedboat. The automaker crafted a conceptual motorboat to accompany the launch of the previous XF Sportbrake, though that design never seems to have left the trailer and hit the deep blue.