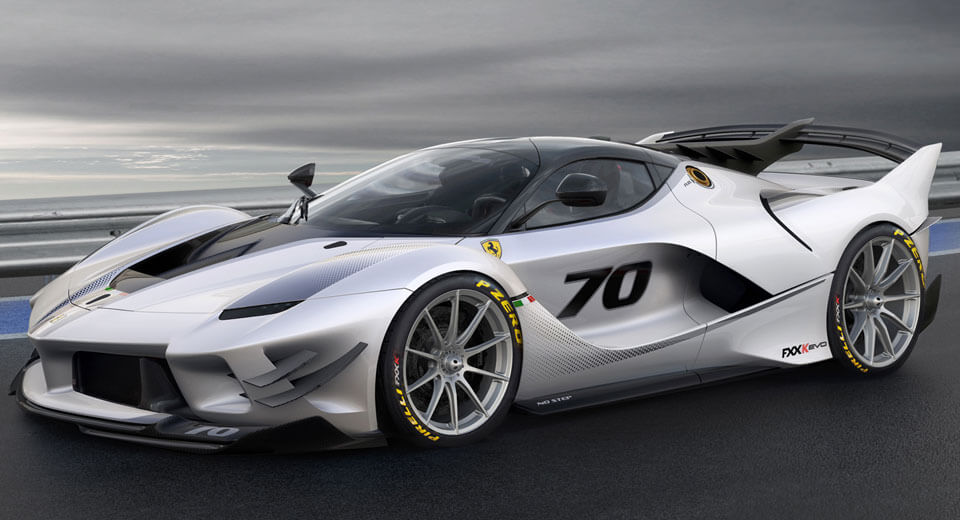 If you've ever seen an example of LaFerrari up close (much less driven in one), you'd probably have a hard time imagining it getting much more performance-focused. Yet the FXX-K does exactly that – and now Ferrari's rolled out an even more advanced version.

Presented for the first time this weekend at the Finali Mondiali event at Mugello, the new FXX-K Evo represents the bleeding edge of what Ferrari's engineers are capable of in the form of a track-only driving tool that's bound to the rules of neither the road nor any racing series.

The Evo package represents a significant increase in downforce: 23 percent over the existing FXX-K, and an amazing 75 percent over the road-going LaFerrari. In fact, it now generates nearly as much downforce as Ferrari's GT racing models, with over 1,800 pounds of aerodynamic grip produced at top speed.

To get there, the boys in Maranello fitted a new fixed rear wing that works in concert with the adaptive rear spoiler. There's a vertical tail fin as well, along with new vortex generators both on the engine cover and the underbody. Both the front and rear bumpers have been redesigned to better control airflow, and the suspension has been retuned to accommodate the extra downforce.

While they were at it, the engineers also fitted a new steering wheel more closely derived from those they fit to their F1 racers, and new digital monitors to display the rear view, hybrid assist, and telemetry.

The enhancements will be available to Ferrari's most elite clientele either as a complete package or as an upgrade to the existing FXX-K (for those who've already bought one). The Corse Clienti division already has nine events scheduled for the XX program for next season, set to take place on tracks around the world between March 2018 and October 2019. 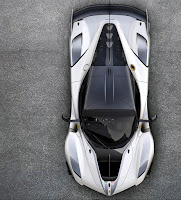