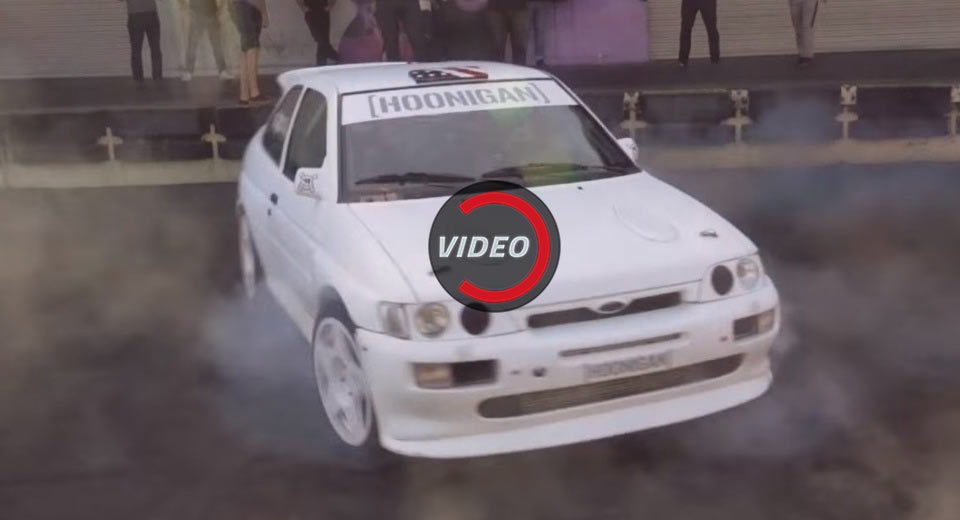 One of Ford’s most successful rally cars, Block’s Escort started its life as a Group A car but now has a WRC-spec engine and a seven-speed sequential gearbox.

More importantly for Block’s fans, the car also features an antilag system which makes it sound like a fully blown warzone.

Powered by a 400hp 2.0-liter turbo engine, the Escort features electronic differentials and all sorts of rally wizardry to help Block perform his impressive four-wheel drifts and donuts and general hoonery.

Block brought his latest toy to Hoonigan’s Donut Garage for a quick tour and of course some fresh donuts, so if you want to hear how violent a real rally car sounds during evaporating its tires, you know what to do.