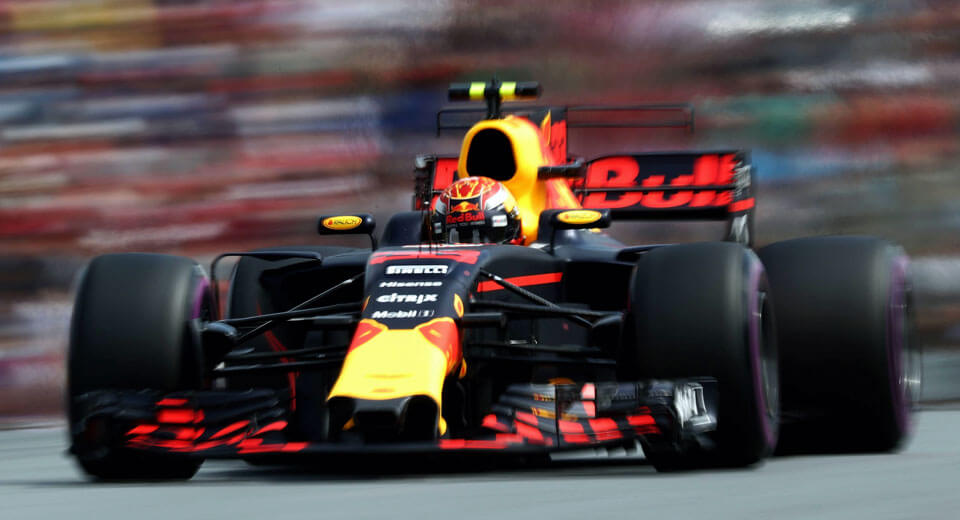 Red Bull Racing has taken a major step towards securing its future driver lineup with the announcement that it has signed Max Verstappen for another three years.

The deal comes hot on the hells of Verstappen's victory at the Malaysian Grand Prix earlier this month. It was his second career win, following his sensational debut victory in last year's Spanish Grand Prix.

"Red Bull has always shown their faith and belief in me with actions,” said Max. "They have always backed me and my ambition and I know we share that ambition.... I'm very happy to commit further to Red Bull Racing and I'm looking forward to working together to enjoy more success in the years to come."

Verstappen signed with the Red Bull Junior program at just 16 years old when he was competing in the Formula 3 European Championship. Less than a week later, he was named to the race seat at Toro Rosso for 2015, performing admirably with two fourth-place finishes that season.

He was promoted to the Red Bull Racing team the following year, immediately winning in Spain and scoring another six podium finishes that season. He's had a solid season so far this year as well, finishing third in China, first in Malaysia, and second in Japan.

"We are delighted that Max has agreed to extend his contract with Red Bull Racing,” added team principal Christian Horner, who has made no secret of his desire to keep Verstappen and his teammate Daniel Ricciardo right where they are. "He is pure racer, with an undeniable talent at the wheel and a rare instinct for what it takes to compete consistently at this level."