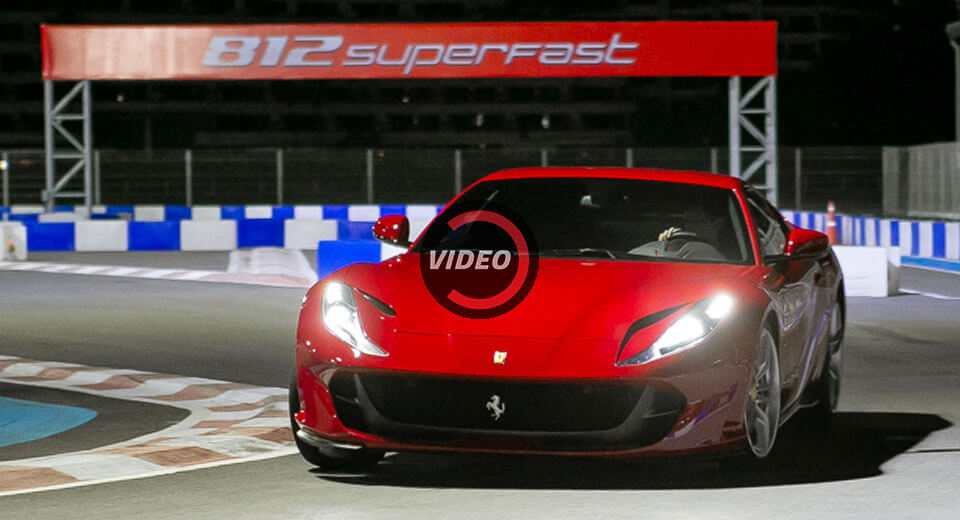 Having lifted the veil at the Geneva show earlier this year, Ferrari is now undertaking to roll out the new 812 Superfast in markets around the world.

The latest to receive the V12 supercar is Thailand, where it was unveiled at the Impact Speed Park, a karting track along the Muang Thong Thani waterfront north of Bangkok.

“We are delighted to introduce the Ferrari 812 Superfast for the first time in Thailand to the media and Ferrari customers, after the global launch at the International Motor Show in Geneva earlier in February,” said Nandhamalee Bhirombhakdi, Managing Director of Cavallino Motors.

“The response from the media and customers to this car has been very positive and it is fast becoming one of the most popular models we have ever seen in Thailand.” Cavallino Motors is the official importer of Ferraris to Thailand, and has been recognized by the manufacturer for having one of the best showrooms in the world.

The Far East has grown into a vital market for exotic automakers like Ferrari, which has already introduced the 812 to prospective buyers in China, Japan, and South Korea. Of the 4,335 vehicles Ferrari sold in the first half of this year, the Asia Pacific region accounted for nearly 1,000. While the Chinese market shrunk by five percent compared to last year, the rest of the region has experienced the biggest growth for the brand anywhere in the world.