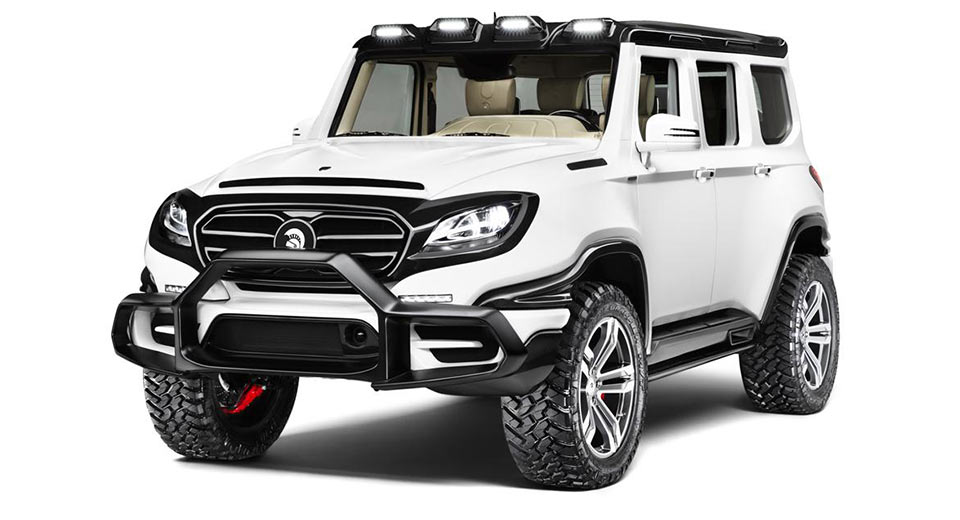 Ares Design showed the world their latest creation based on the Mercedes G-Class, called the X-Raid.

The coachbuilding company, which is owned by ex-Lotus CEO Dany Bahar, took a G63 AMG and redressed it with their own carbon-fiber and aluminum bodywork that replaces the boxy shape with a less boxy one, taking cues from the current Mercedes design language.

Inside we get a redesigned dashboard which aims to give the X-Raid a less utilitarian, more luxurious aura along with two VIP seats in the rear that are separated by a center console/armrest. Everything is covered with the usual high-end materials, including Nappa leather and lots of carbon fiber trim.

Ares Design also announced their new 18,000-square-meter manufacturing facilities in Modena, Italy. The company is also planning to launch a Coupe version of the Bentley Mulsanne. In fact, the car we showed you a few weeks back by the German Mcchip-DKR is the same one, as the two companies are working together.

Ares hasn’t released any official details on the pricing of the X-Raid yet but reports suggest that it could cost as much as $700,000.